Both residents and numerous visitors perceive Ljubljana as a city made to the measure of man. Ljubljana is classified as a mid-sized European city, but it has preserved its small-town friendliness and relaxed atmosphere while providing all the facilities of a modern capital. It is a very unique city dotted with pleasant picturesque places where you can expect all kinds of nice little surprises. During winter, its dreamy central European character prevails, and during summer its relaxed Mediterranean feel. Due to its geographical position, Ljubljana is a perfect base for exploring the many faces and beauties of Slovenia.

A City Full of Surprises

Ljubljana is a vibrant city full of surprises, characterised by a unique fusion of complementing contrasts. It has everything that modern capitals can boast, but at the same time it has preserved the friendly and relaxing atmosphere of a small town. On the one hand, it is renowned for its rich historical heritage and tradition, but on the other, it is a young city with a modern lifestyle, whose population's average age is just above 30.

In winter it is its dreamy Central European character that stands out, while in the summer its characteristic feature is the relaxed atmosphere typical of the Mediterranean. Due to a large variety of most diverse features combined in a unique way, Ljubljana is a very special city full of pleasant picturesque places where a visitor can expect many nice little surprises. 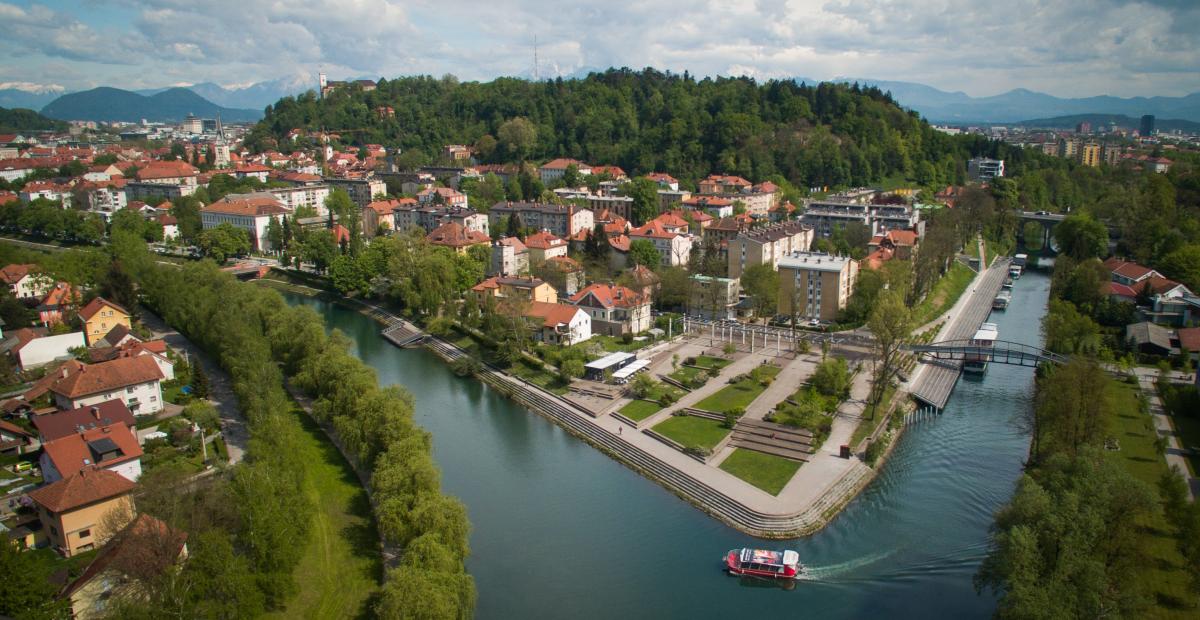 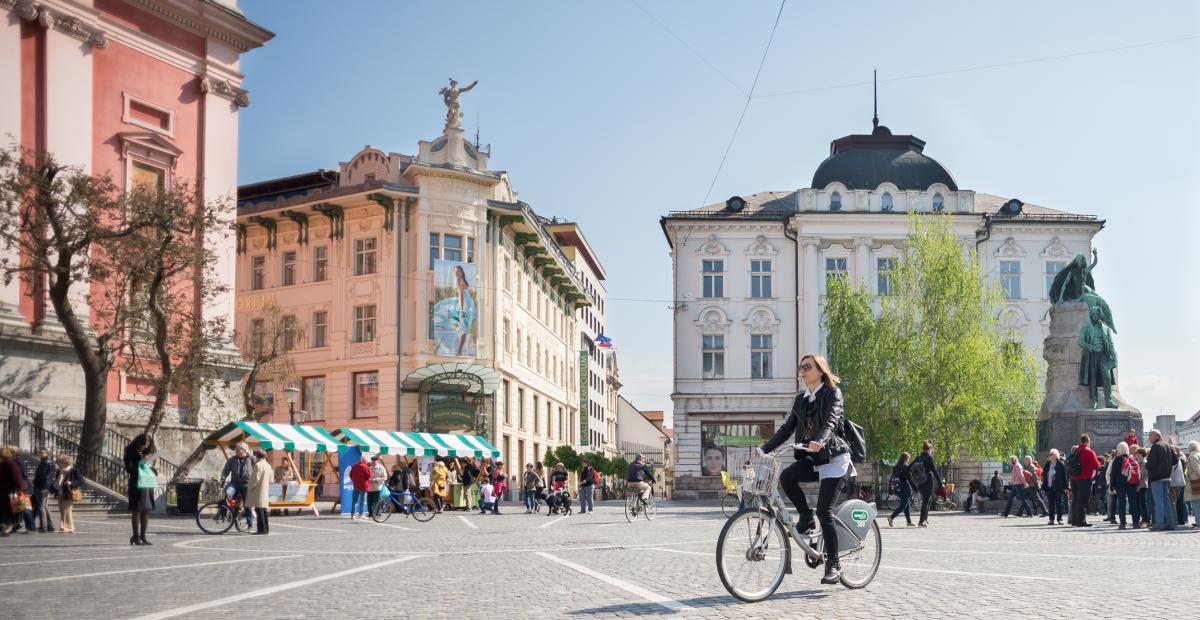 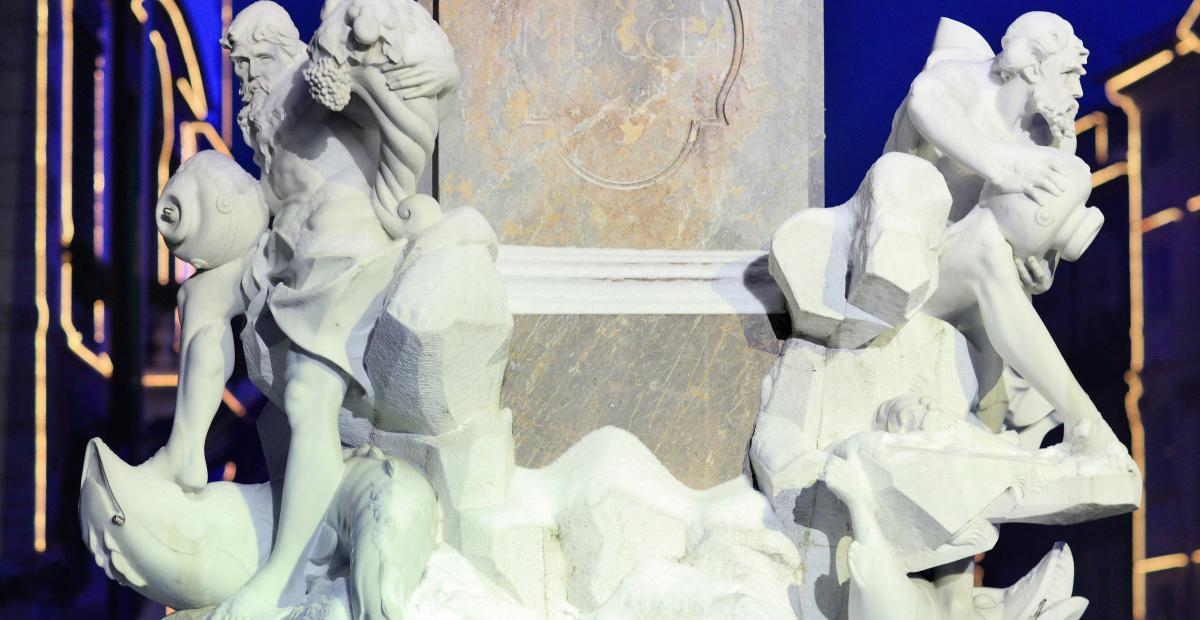 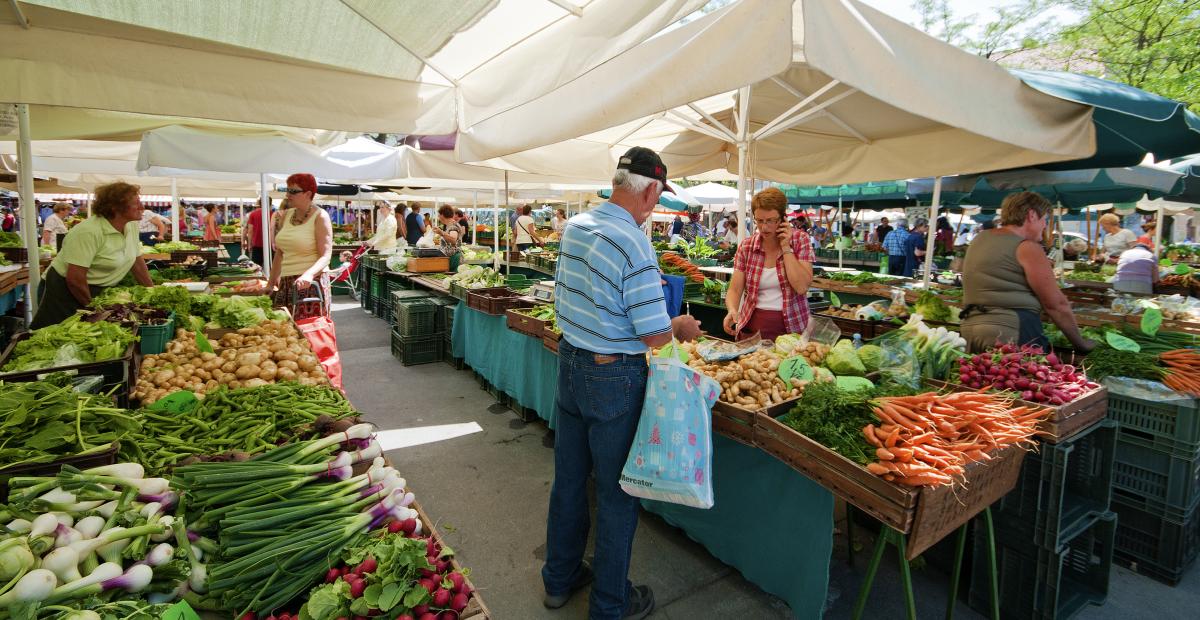 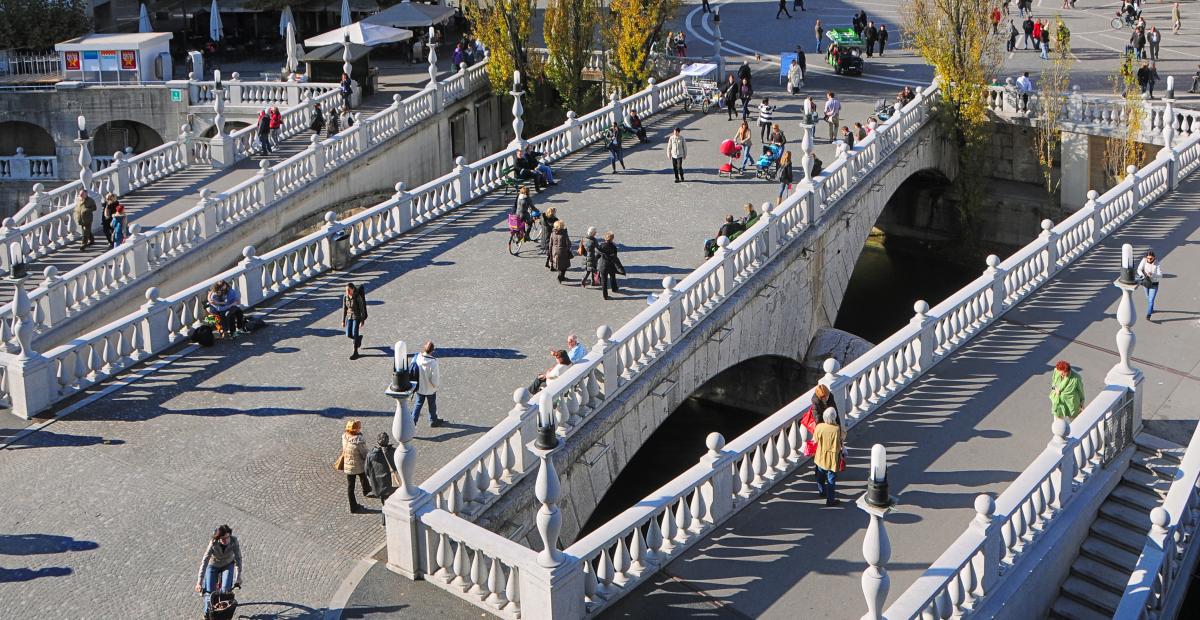 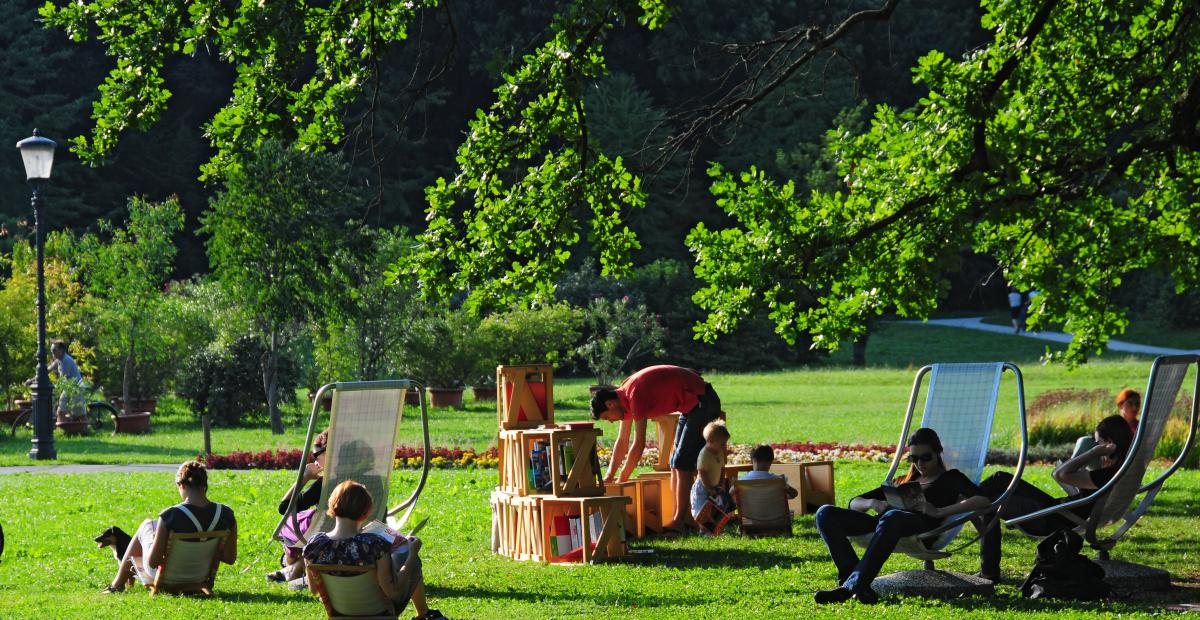 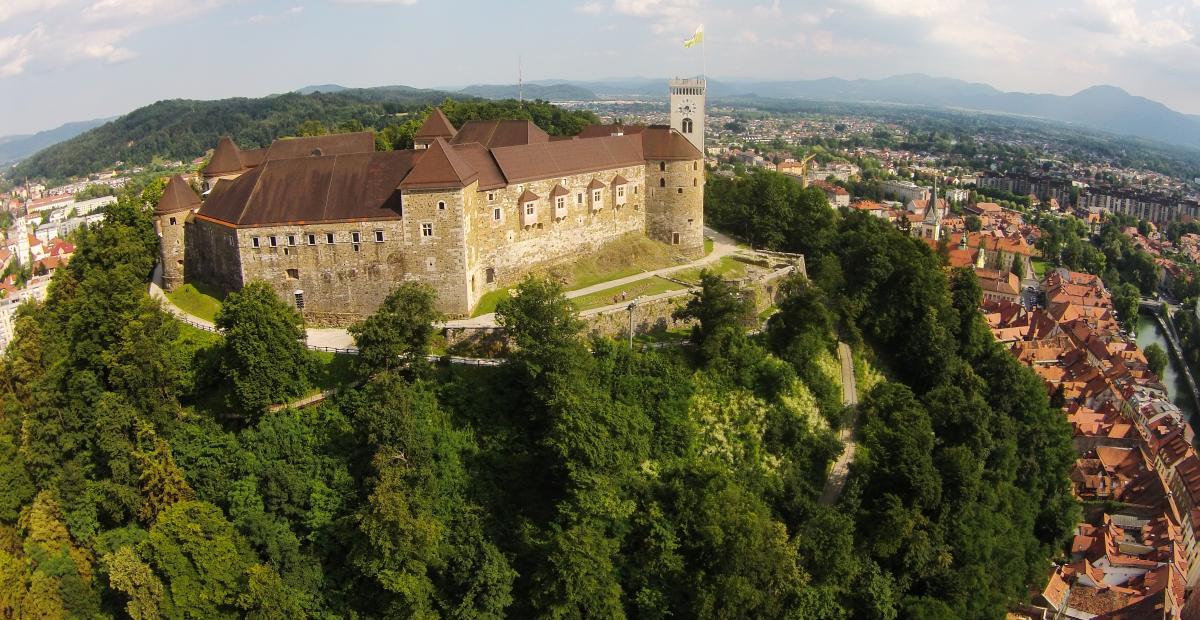 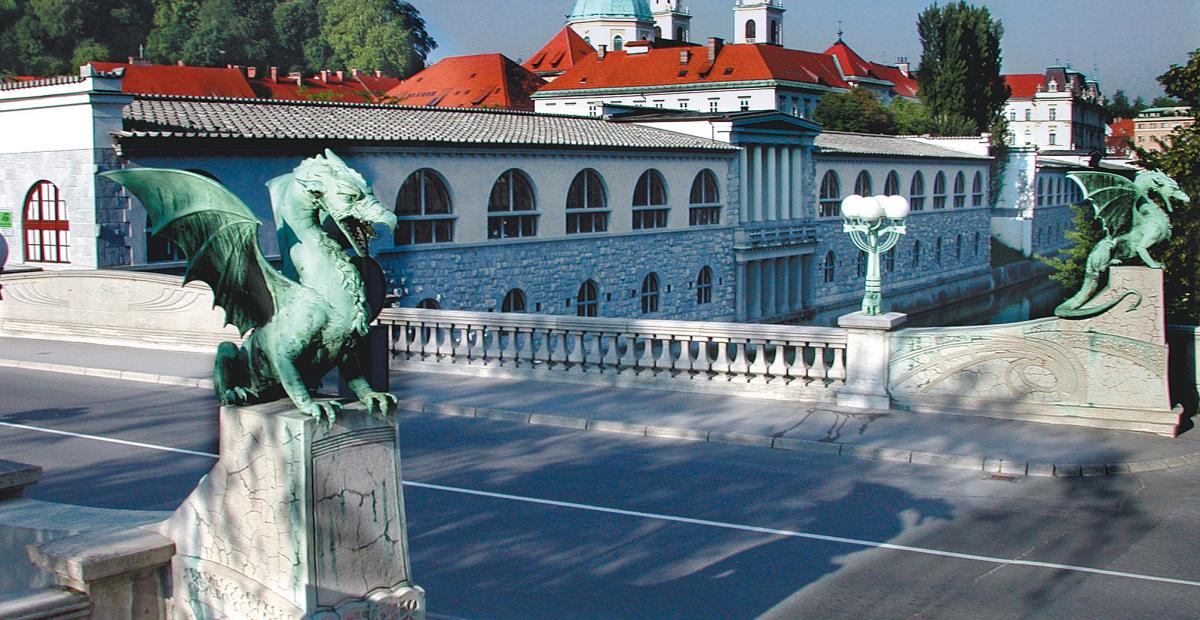 1. The Prešernov trg square developed from a road junction in front of one of the city gates leading to medieval Ljubljana. Next to the junction, a Franciscan church of the Annunciation was built in the 17th century, but the junction was turned into a square and paved only after the city walls were pulled down in the middle of the 19th century.

2. The central of the three bridges forming the Triple Bridge has stood in its place since 1842, when it replaced an old, strategically important medieval wooden bridge connecting the north-western European lands with south-eastern Europe and the Balkans. Between 1929 and 1932, the side bridges, intended for pedestrians, were added to the original stone bridge to a design by the architect Jože Plečnik, who thus created a unique architectural gem of Ljubljana.

3. The Robba Fountain, one of Ljubljana's best known Baroque monuments, also known as The Fountain of Three Carniolan Rivers, stands at the edge of the Mestni trg square. It was created between 1743 and 1751 by the Venetian-born sculptor and architect Francesco Robba (1698-1757), who spent most of his life in Ljubljana and is considered to be the city's greatest Baroque master sculptor working in stone.

4. The Dragon Bridge, adorned with famous dragon statues, appears in the most recognizable images of Ljubljana. If you haven't been photographed next to a Dragon Bridge dragon, you can hardly claim that you have visited Ljubljana. The four dragon statues, which look slightly terrifying and almost real (if, of course, you believe that dragons might be real), are a masterpiece which has been exciting imagination since the bridge was built.

5. Ljubljana Castle, standing on a hill above the city for about 900 years, is Ljubljana's main attraction. The castle's Outlook Tower and ramparts offer some of the most beautiful views of the city, while the castle houses a museum exhibition on Slovenian history, a puppet museum, and a number of historical rooms such as the Chapel of St George, the Prison, and a video presentation room called Virtual Castle.

6. Ljubljana's Central Market is more than just a place to shop. Traditionally, it has also been a place for the locals to meet and enjoy themselves together. The Central Market consists of an open-air market, located in the Vodnikov trg and Pogačarnev trg squares, a covered market situated in between the two squares, and a series of small food shops along the river Ljubljanica, which are referred to as 'Plečnik's Covered Market' as they are located in a colonnade designed by Ljubljana's famous architect Jože Plečnik.

7. Tivoli Park is Ljubljana's largest and most beautiful park, stretching right into the city centre. It was designed in 1813 by the French engineer Jean Blanchard and created by joining together the parks which had surrounded Podturn and Cekin Mansions. The park, covering an area of approximately five square kilometres, is crossed by three grand horse chestnut tree-lined walks and landscaped with ornamental flower beds, interesting trees and numerous statues and fountains. The park area blends into the slopes of the Rožnik hill, to which it is connected by several walking paths and a trim trail with several exercise stations along its length.