The beekeeping tradition in Ljubljana and its outskirts goes back to the time of first prehistoric settlements. Even the name of the village Medno is derived from the word medovit (honey-bearing). A bee and a bee nest are on the oldest door sign in the city at the City Savings Bank (Mestna hranilnica) on Čop Street. As many as 3% of all Slovenian beekeepers with over 4500 beehives are active in the area of the City of Ljubljana. They are organised into four beekeeping societies (Barje, Ljubljana Moste-Polje, Tacen and Ljubljana Center). Urban beekeeping is now flourishing in Ljubljana with the culture and congress centre Cankarjev dom as a pioneer leading the way. Honey produced in the area of the City of Ljubljana is of very high quality. In addition to beekeepers, the City of Ljubljana also takes care of bees by planting perennials with many honey plants among them. 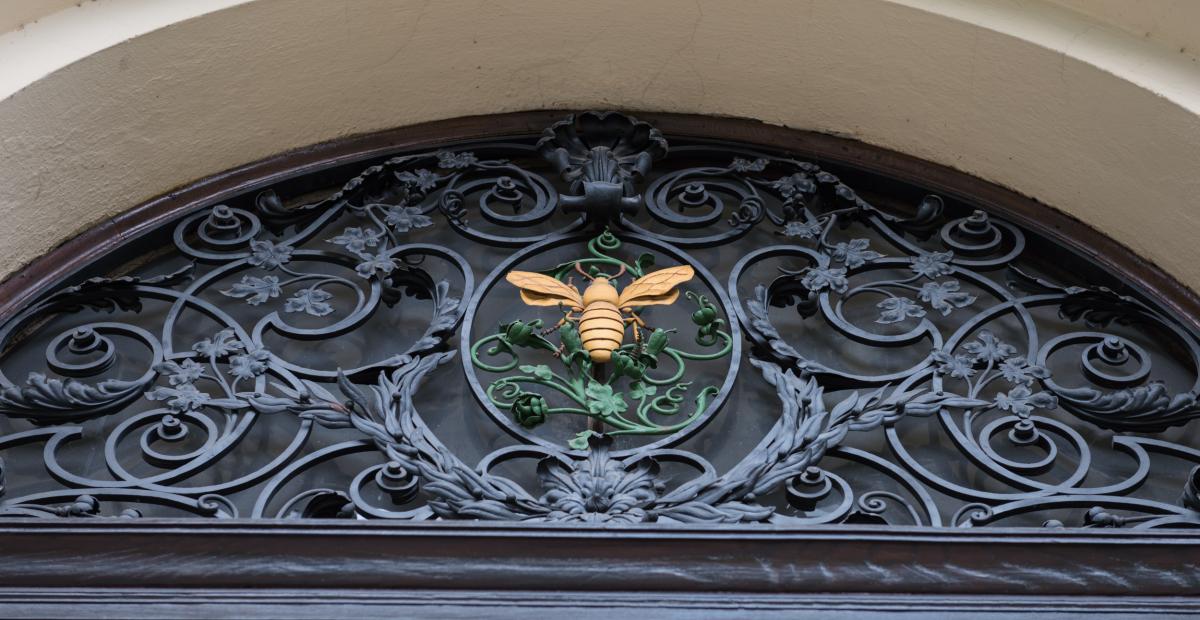 A bee adorns the National Museum portal in Ljubljana

The Bee Path was created to include all of the above mentioned topics and a lot of other content. It was designed in October 2015 and is now uniting already 35 members from educational and cultural institutions, from health-care centres to economic entities and, of course, beekeepers and beekeeping societies. It is not just a path, it is a movement of like‑minded people caring for the well‑being of bees in the city with very diverse activities. 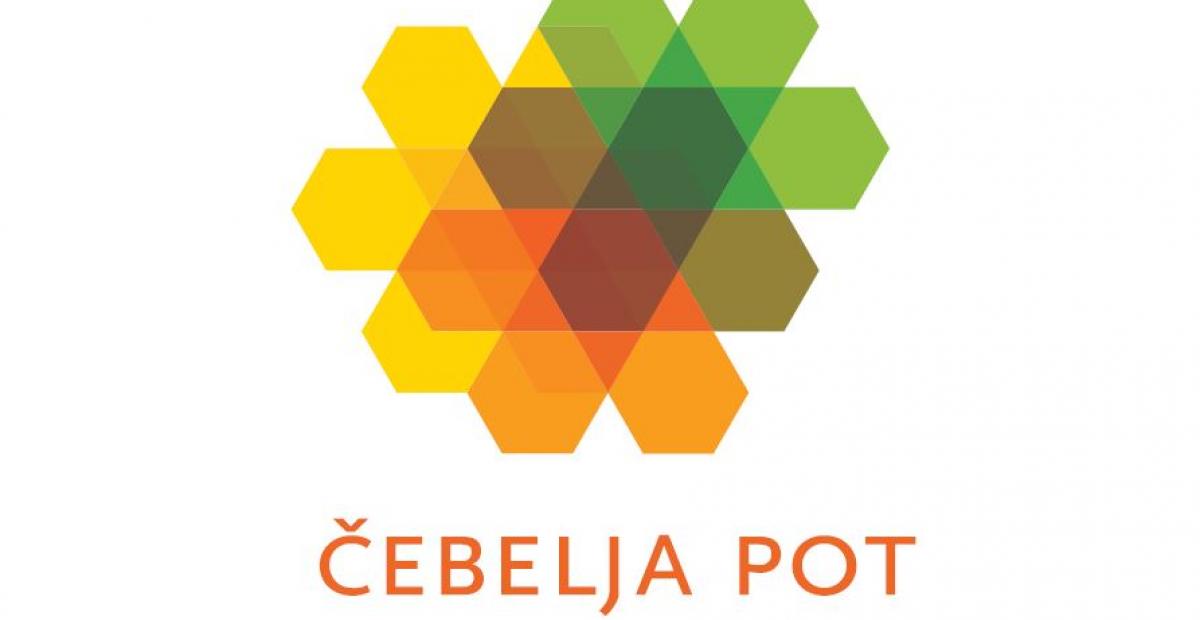 The official logo of the Bee Path trade mark

Individuals or companies carrying out diverse activities with which they are contributing to the well-being of bees in the city are invited to join the Bee Path.

Fill in one of the application forms bellow (for individuals, companies or beekeepers) and send it to maruska.markovcic@ljubljana.si.

What are the activities of Bee Path members?

Within the scope of the Beekeeping Tourism Day we received the recognition Most Bee-Friendly Municipality 2017. 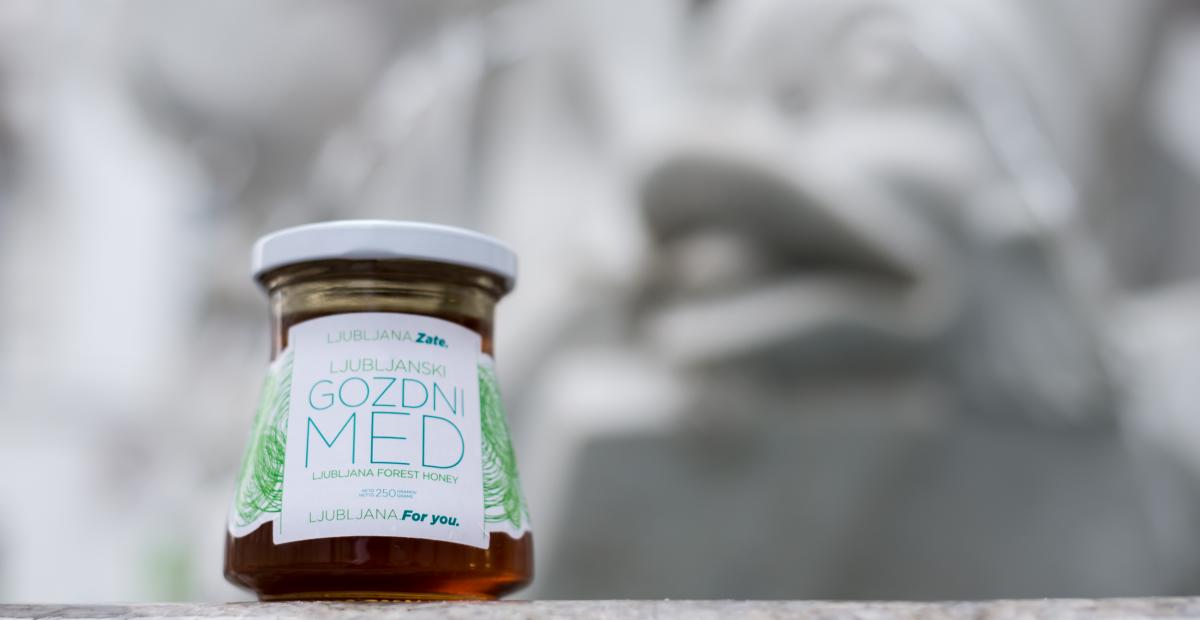 Ljubljana honey as a protocol gift

The beginnings of beekeeping on the outskirts of the present City of Ljubljana probably go back to the time of first settlements. The oldest forts from the bronze era can be found in the eastern part of the present City of Ljubljana at Zid, Janče, Kamplov hrib, Molnik, Zagradišče… Based on the remnants we can say that both livestock farming and agriculture were well developed, and the equipment found among artefacts shows that beekeeping was also established. In the forest long hollow trunks were hung and populated with bee swarms. Interestingly, this type of beekeeping was known in the area of Podlipoglav, Brezje and Besnica up to World War II. Beekeeping was of great importance for Ljubljana as reported in various archival sources. In the Jamski feudal book from 1453 it is documented that Lenart Meminger from Ljubljana collected tithe in the villages of Vižmarje, Stanežiče, Dvor and Medno for everything from lambs and piglets to beehives. The importance of beekeeping in the area under Šmarna gora is also evident in the name of the village Medno, as it is clear from medieval records that it used to be called Medovno – and if we look closer at the village, it is a place where honey is produced, that is, where beekeepers live.

Beekeepers from the eastern part of the City of Ljubljana sold their honey to honey sellers and candle makers. At the beginning of the 19th century beekeepers were trading in bulk not only with honey and wax but also in bees. The introduction of cheaper industrially produced white sugar and petroleum, which started forcing out wax, caused a halt in the development of beekeeping in the first half of the 19th century. As well known, it flourished again in the 20th century. Of special importance for the increase of beekeeping was also the choice of the right bread of bees. Our Carniolan honey bee, as the subspecies Apis mellifica carnica was named, has proven itself as best suited. It is distinguished by its adaptation to our climate, disinclination to swarming, good reproductive cycle, gentleness and diligence, and especially high honey yield. At the end of the 19th century honey wholesale was very lively on Kongresni trg (Congress Square) and up to the introduction of the tram tracks in 1901 honey retail was conducted on a street alongside the episcopal church which is still called Medarska ulica (Honeysellers’ Street).

Ljubljana honey is a protocol gift. Honey produced in the area of the City of Ljubljana can assume this name, it can be forest, chestnut or flower honey, and it carries the label Slovenian honey with protected geographical indication.

Every year on Honey Day, the Bee Path final event, beekeepers and Bee Path members introduce themselves. On that day they offer citizens of Ljubljana a rich variety of honey and bee products from pollen to honey wine and honey champagne.

Pedagogical programmes for all three primary school children triads include the University Botanic Gardens Ljubljana with their honey plants, the Biotechnical Educational Centre Ljubljana teaching about sensory characteristics of honey and the significance of honey for nourishment, the Eneja Institute, social enterprise, with its pedagogical contents, Urban Beekeeper Society with its contents on city bees and Plečnik House in Trnovo with Plečnik’s apiary.

Ljubljana Tourism organized Bee Path tours with packages designed for learning about beekeeping in Ljubljana and also getting to know Ljubljana.

In 2016, in cooperation with Eneja Institute, social enterprise, we set up a Honey Garden within the scope of the Public Orchard at Grba. It is designed for residents, passersby, volunteers, groups of preschool children, families and educational organisations.

Help the bee: flower up windowsills and balconies isa project launched by the City of Ljubljana and the BTC company with an emphasis on raising awareness and encouraging citizens of Ljubljana to grow honey plants on their balconies offering city bees graze in the period when it is otherwise not available.

As a leading partner, we joined the international network BeePathNet.