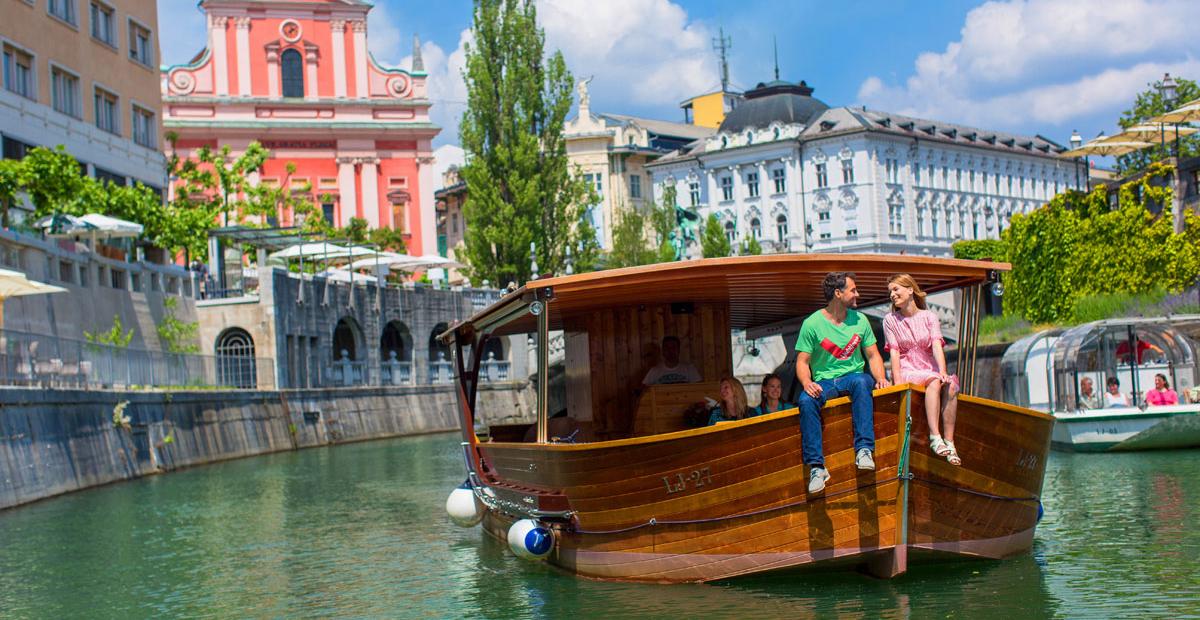 Visit the city with a green soul

Numerous visitors describe Ljubljana as a hidden gem of Europe. Its picturesque image has been marked by different historical periods, and mostly by the opus of the world-famous architect, Jože Plečnik.

Being a city with a green soul and a high level of environmental awareness, Ljubljana has managed to preserve its green character to the present day. It boasts excellently preserved green spaces and nature even in the heart of the city centre.

The symbol of Ljubljana is the dragon, which dominates the iconic Dragon Bridge, and the city's most prominent attraction Ljubljana Castle, whose Outlook Tower offers some of the most beautiful views of the city.

The soul of the city is the Ljubljanica River, crossed by picturesque bridges. Nowadays, the banks of the Ljubljanica are picturesque promenades, which are also meeting and socialising points. All of the bridges spanning the river are interesting architecturally. They join people symbolically and literally, and street artists also find inspiration there, making the city even livelier and more attractive.

The pulse of the city is lively and  creative, with numerous events and festivals. Positioned on the crossroads of different great culinary traditions, Ljubljana is also a foodie heaven, with local chefs really making an impact in the last few years.