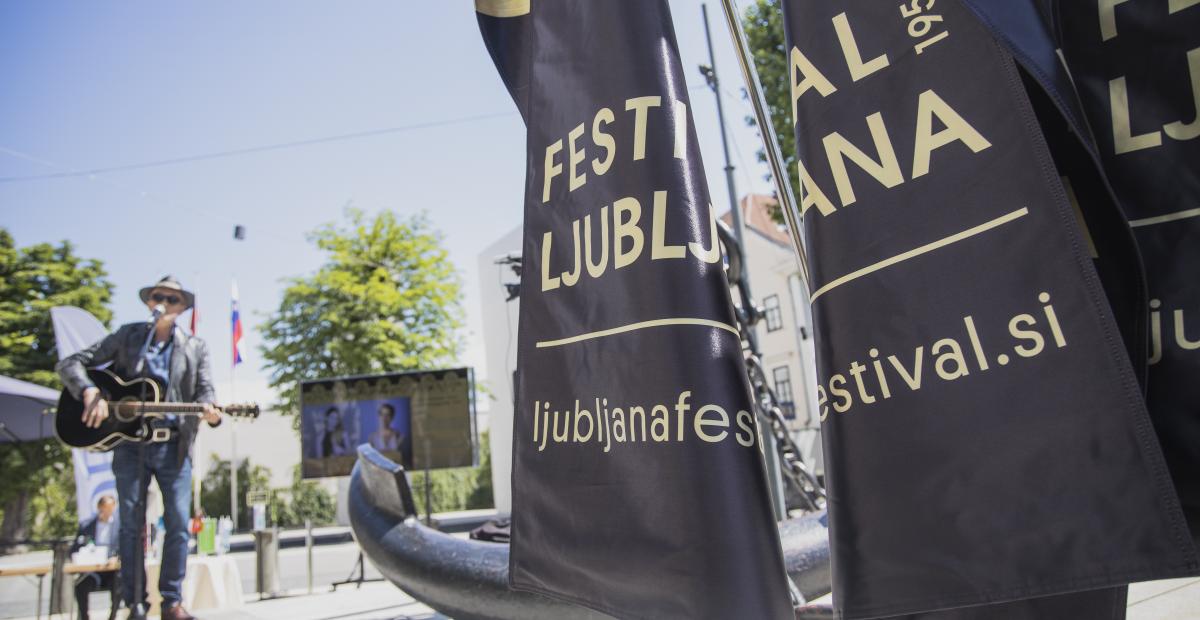 The time has finally come for art to return to the stage. Again this year the cultural summer in Ljubljana is going to be marked by the Ljubljana Festival, opening with the magnificent hymn of the united Europe, Beethoven’s 9th Symphony.

Despite the current situation and measures due to the coronavirus epidemic, the main principles of the festival remain excellence, creativity, the wish to give the audience the best artistic experience and impress even the most demanding enthusiasts.

The festival is ceremoniously starting with the magnificent hymn of the united Europe, Beethoven’s Symphony No. 9, which in the opinion of many expresses the sense of unconditional connection between people and the belief in humanistic ideals. Ludwig van Beethoven had been creating it throughout life, condensing all his life and musical realisations in it. When he wrote the first three sentences, he decided to include soloists and a choir, which was a very risky decision back then. The work he finished at the beginning of 1824 was highly progressive even at its creation, mainly because of the broadening of the concept of the symphonic orchestra, the orchestra apparatus and the message. The first performance, conducted by Beethoven when he was already completely deaf, was in Vienna in May of the same year, and from a historical point of view it was marked by numerous special occasions. For instance, it was performed at the reopening of Wagner’s theatre in Bayreuth, at the fall of the Berlin Wall, and it is the hymn of the new united Europe.

On 2 July, at Congress Square, we can listen to the musical masterpiece performed by the Slovenian Philharmonic Orchestra and Choir and the Megaron Chamber Choir under the direction of the highly decorated Swiss conductor Charles Dutoit, who recently received the prestigious Gold Medal Award of the Royal Philharmonic Society, and who since 2018 holds the title Principal Guest Conductor of the St. Petersburg Philharmonic Orchestra.

Following the opening is a lively and diverse programme with lined up ballet and opera performances, musicals, chamber and symphonic orchestra concerts, the International Fine Arts Colony, the Ljubljana Festival on the Ljubljanica, master classes and workshops for children and the youth.

Due to the consequences of the coronavirus we were uncertain to the very end and we are proud that at this year’s festival we can host among others the remarkable opera singer Anna Netrebko, singing timeless opera arias with tenor Yusif Eyvazov, and the outstanding tenor Jonas Kaufmann, who will impress the audience with his resounding voice. The programme is featuring numerous exceptional Slovenian and foreign guests: concert dedicated to the anniversary of Mojmir Sepe, operettas Countess Maritza and The Bat, ballet performances Falling Angels and The Pirate, opera Nabucco, the chamber orchestra I Solisti Veneti, violinist Lana Trotovšek and pianist Maria Canyigueral performing all Beethoven’s violin sonatas, and the premiere of the musical Lolita from St. Petersburg.
Special attention is going to be devoted to the 250th anniversary of the birth of Ludwig van Beethoven, who is we have included in the programme even more than usual.

Conclusion with the Milan’s La Scala

The 68th Ljubljana Festival is concluding on 30 August in Cankarjev dom with the guest performance of the Milan’s La Scala Philharmonic Orchestra led by conductor Fabio Luisi. We are going to listen to the Oberon Overture by C. M. von Weber, the Piano and Orchestra Concerto No. 4 in G major, Op. 58, and Symphony No. 6 in F major, Op. 68, by L. van Beethoven. The Milan’s La Scala Philharmonic Orchestra includes excellent Italian musicians. In 1982 it was established by Claudio Abbado and musicians to develop a symphonic repertoire in the context of the Milan’s La Scala tradition. La Scala works closely with numerous recognised conductors and soloists – Fabio Luisi is the principal conductor of the Danish National Symphony Orchestra and the music director of the Dallas Symphony Orchestra and Zurich Opera, and Alessandro Taverna, the winner of many piano competitions in London, Minnesota, Leeds and Bolzano, is impressing the world with his interpretations.