Already 40 recipients of the LGBT-Friendly Certificate 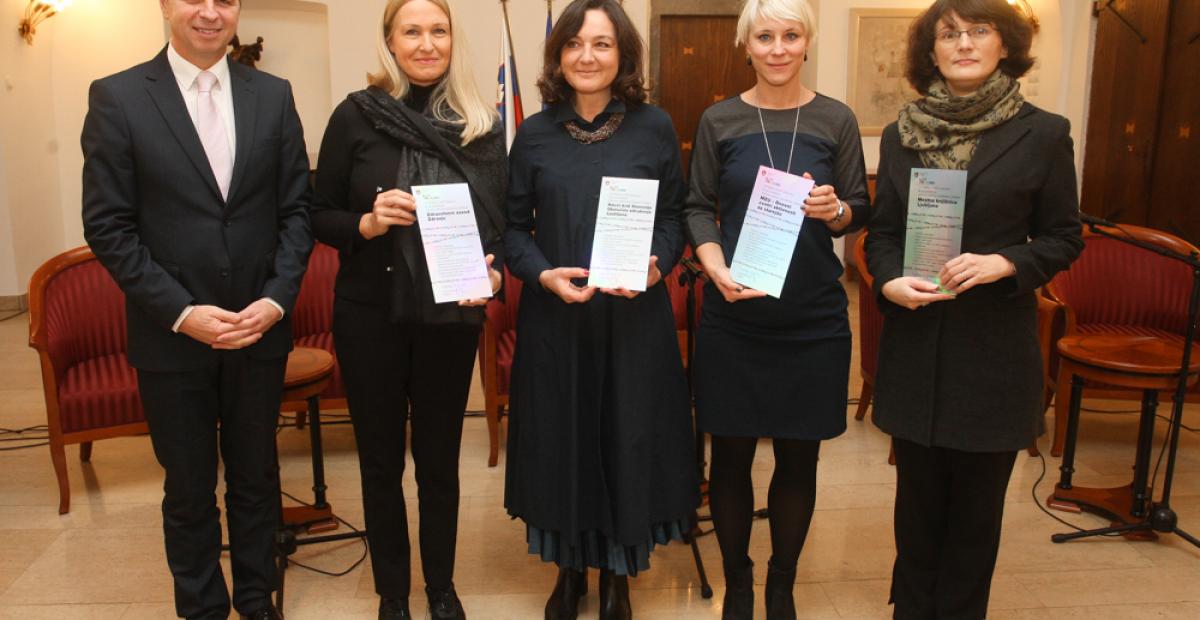 On 12 December, LGBT-Friendly Certificates were presented at the City Hall. They were awarded to the Ljubljana City Library, the City Association of Retirees Ljubljana, the Slovenian Red Cross, Ljubljana District, and the Health Centre Zdravje.

As many as 40 public and private organisations have already received the LGBT-Friendly Certificate, awarded since 2014.

Ljubljana is a city where we respect diversity, that is why we are carrying out many activities directed at raising awareness and ensuring equal conditions for all citizens. In 2014, in cooperation with non-governmental organisations we introduced the LGBT-Friendly Certificate, its main aim is to raise awareness and it is awarded to organisations creating a positive atmosphere for everyone regardless of their sexual orientation and identity within the work environment and towards customers.
We direct a lot of attention to the support and empowerment of homosexuals and people of different sexual identities, that is why, in 2015, the City of Ljubljana was the only city in Slovenia to receive the European Public Sector Award (EPSA 2015) for our successful work in the LGBT field.