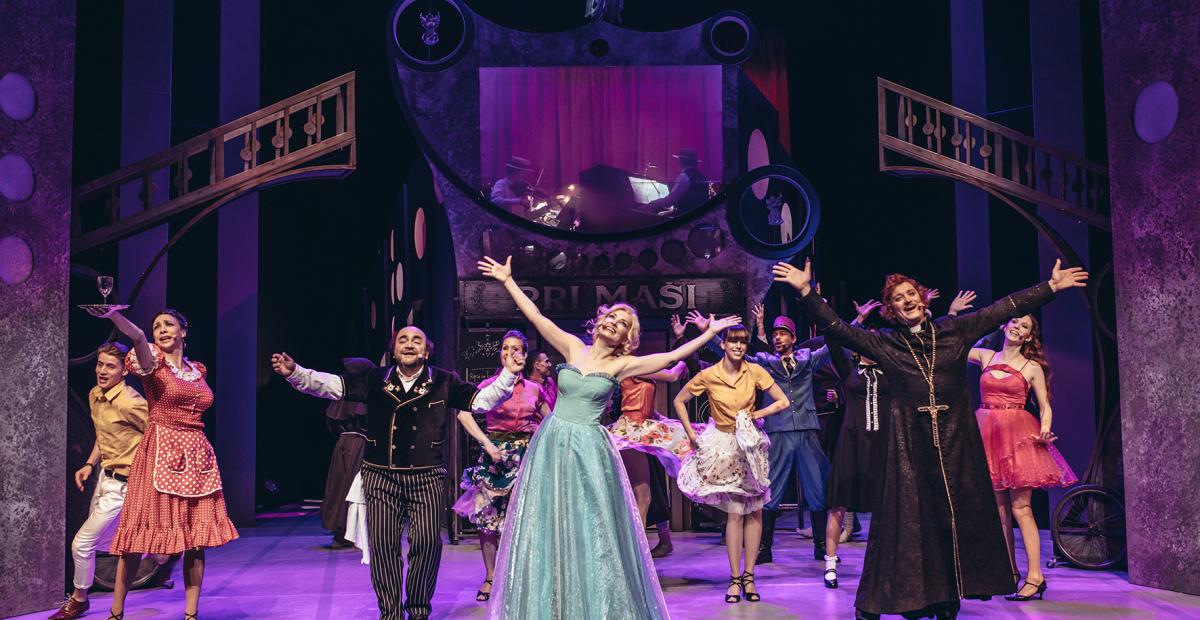 The Ljubljana City Theatre was celebrating at the 27th Days of Comedy festival held in Celje. Its performances took all noble awards.

The comical musical Gossip (Trač) is marked and distinguished by the brilliant original libretto authored by Gašper Tič which, together with Davor Herceg’s music, frames the rich and amusing action on the stage. The design of the play is ambitious and its execution high-level using a broad and rich array of different means of theatrical expression. The combination of comedy and musical genre creates a full-blooded and complete theatre experience.

Uroš Smolej plays a drunken priest in the comical musical Gossip with great comic inspiration and an artful acting technique. He is efficient and witty from the beginning to the end, not only in dialogues but also in singing and dancing compositions. At the same time, his is able to express a universal human dimension through his character.

Iva Krajnc Bagola demonstrated in her roles Hero in the musical Gossip and Mrs Jourdain in The Bourgeois Gentleman an in-depth command of this demanding theatre genre. In two different roles she is distinguished by clear, sharp and witty acting presence and a refined sense for contemporary theatre expression artistry.

Eduard Miler is directing Molièr’s comedy the Bourgeois Gentleman in an atypical way, with efficient minimalism and without any unnecessary updates. Using various production keys he is constructing a modern and complete visual presentation that also supports multifaceted and rich acting expression.

Congratulations to all the winners!