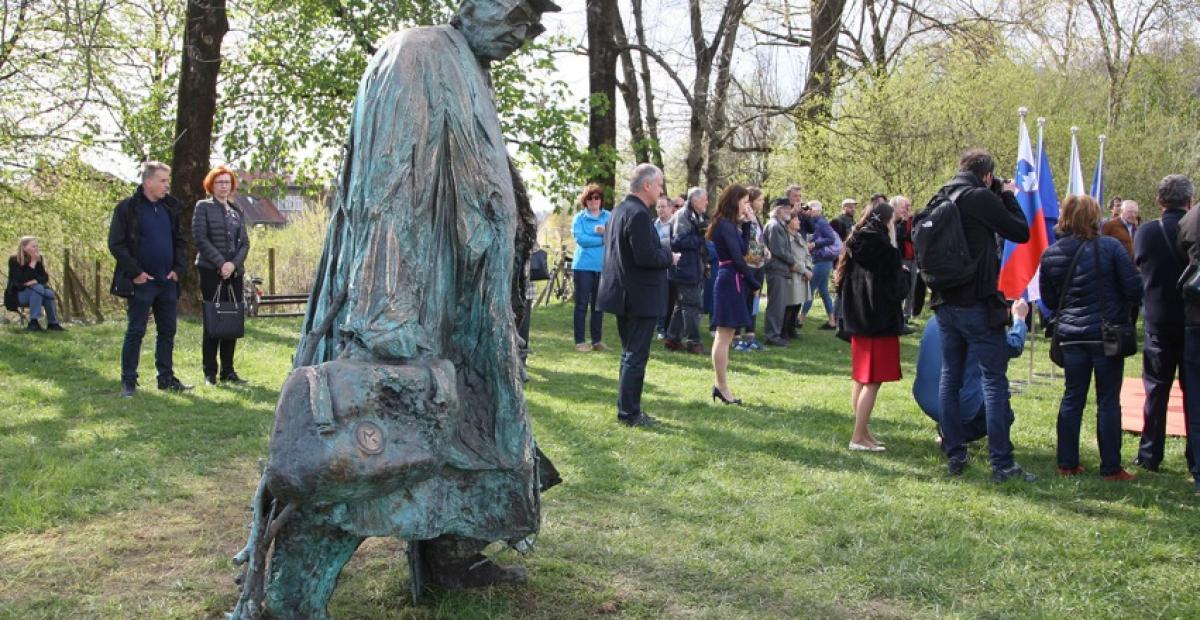 On 6 April 2017, the monument of the writer Boris Pahor was unveiled in the Tivoli Park in the immediate vicinity of the Edvard Kocbek monument.

The testament to the Slovenian writer Boris Pahor was erected at the time when it seems that the power of testimonies from the 20th century is fading and the discoveries are losing their message. Boris Pahor serves as witness that the evil of fascism existed and the resistance against it, he was a survivor of the deadly camps, where millions were killed, an active defender of democratic principles and activities in Slovenia after the World War II, an advocate of the right of nations to have their own cultural, political and linguistic identity. And he was an important creator who left a friendly mark. The monument in the Tivoli Park should preserve these testimonies through Pahor’s personality. At the same time, it is not only a memorial of the friendship of two kindred spirits at a turning point in Slovenian history, but with two important Slovenians from St. George and Trieste it serves as a reminder that Ljubljana connects all vital parts of national life and culture.

The over two metre high monument was created by Mirsad Begić.