Cukrarna, the big winner of Valencia

The impressive view of Cukrarna.

The renovated former sugar factory Cukrarna was declared the overall winner of the Baumit Life Challenge architectural competition in Valencia and received the Plečnik Medal for architectural realisation.

In addition to Cukrarna, the renovation project of the Bežigrad unit of the Community Health Care Centre Ljubljana received an award. At the Baumit Life Challenge architectural competition, held in Valencia, Cukrarna was declared the most beautiful architectural solution with its façade in Europe. Cukrarna won among 322 registered projects from 23 countries.

An independent international jury of architects chose the best projects in six categories, and Cukrarna, which ran in the Historical Renovation category, was declared the competition's overall winner.

The renovation project of the Cukrarna Gallery was carried out by the architectural bureau Scapelab. Their efforts to breathe new life into the decrepit building were also recognized by an international jury headed by Guillermo Reynés Vázquez-Rovir, who wrote in their findings: »The key idea of the renovation of the Cukrarna Gallery was to remove all the internal structures of the building, preserve only the historical envelope and turn it into a multi-purpose space of contemporary art. Today, this is a revolutionary new space in the cultural infrastructure of Ljubljana and a tourist attraction on the edge of the city centre, which is regenerating the once abandoned urban area.«

Slovenian architect Lenka Kavčič, also a member of the expert jury, said after the decision: »Among all architectural solutions this year Cukrarna undoubtedly stood out, revived with the renovation, becoming a new home of contemporary art. This is an outstanding architectural achievement that brought Cukrarna back to the centre of Ljubljana's cultural happening, which was also recognized by the international jury and deservedly awarded.«

Plečnik awards are the central public and highest professional recognition for Slovenian authors for top creations in the field of architecture, urbanism, landscape architecture or interior design. Marko Studen, Jernej Šipoš and Boris Matić received a medal for the Cukrarna renovation project. The justification of the award states, among other things, that the authors managed to create a space and build an atmosphere that genuinely listens to the modern conception of culture in urban space by designing an intervention into the existing state. This is confirmed by the architectural design of their intervention in the interior as well as the placement and arrangement of individual sequences of the new program of the building in dialogue with the existing outdoor space. And this space, so to speak, the »machine« that hosts a full range of contemporary art, really came to life immediately after its opening, thus expanding the urban character of the somewhat deserted eastern outskirts of the city centre. In Scapelab's project for the re-use of the Cukrarna building, a completely new daring and sovereign momentum must be recognized, especially for our circumstances, for which we find no comparison in the authenticity of the message in our architectural production. Therefore, the jury decided to award the work with the Plečnik Medal. 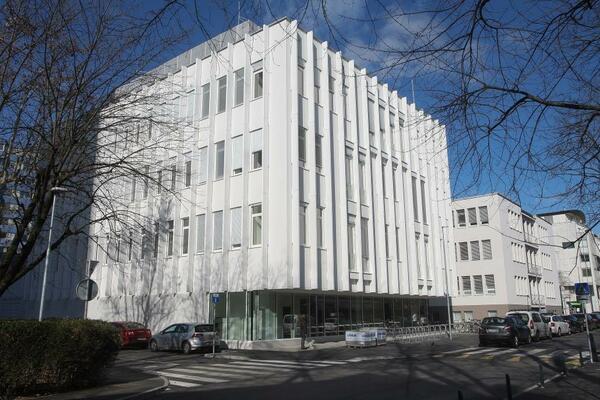 At the 7th architectural conference ARHIKULT 2022, which took place on 20 May 2022 in Brdo pri Kranju on the topic of the construction and design of facilities for health and social care, Bežigrad unit of the Community Health Care Centre Ljubljana(architect Primož Hočevar) received the first prize for a medical facility. As part of the renovation of the Bežigrad unit of the Community Health Care Centre Ljubljana, we built a modern three-floor building, which includes sterilization rooms for the needs of the entire Community Health Care Centre Ljubljana, clinics for preschool and school children, isolation rooms and family medicine clinics. A unit of Ljubljana Pharmacy,  Bežigrajski dvor Pharmacy, has also moved to the state-of-the-art premises of the new facility.