Dilemmas in management of Black locust in Slovenian forests

Black locust (Robinia pseudoacacia L.) is by far the most widespread non-native tree species in Slovenian forests, with 2 million m3 and accounts for 0.60 % of the total wood stock. Because of its great usefulness, it is popular among forest owners, but at the same time, it is considered the most invasive tree species in our country. Therefore, the question is how best to deal with it is becoming more and more frequent.

Black locust is a deciduous tree species brought to Europe from North America in 1600 by the French botanist J. Robin (Robinia!). Today it is the most widespread non-native tree species in Europe, covering an area of 2.4 million hectares. It was first mentioned in Slovenia at the end of the 18th century, and in the first half of the 19th century, it was already used for afforestation of bare areas in the karst, where it proved its worth even before the black pine. As it is sensitive to wind, snow and low temperatures, it is generally most common in wine-growing areas. It grows in lowlands and hills up to about 600 m above sea level in almost all of Slovenia, especially in the Mediterranean and Pannonian regions. Although it is considered very invasive, it spreads relatively rarely in forests or cultivated areas. As a pioneer, it prefers to inhabit abandoned pastures and meadows, clearings under power lines, burnt areas and windbreaks. 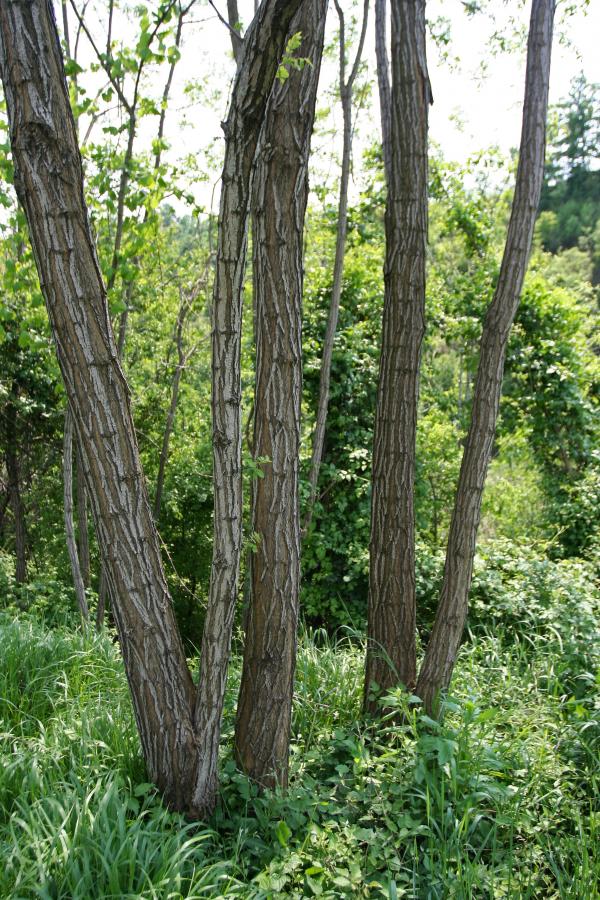 There will undoubtedly be many discussions about Black locust in the future. Its advocates believe that durable and usable wood, a good impact on the soil as it protects against erosion and increases the nitrogen content, honey content and adaptability, could significantly increase its importance under changing climatic conditions. Its opponents, on the other hand, believe that it should be systematically removed because of its invasiveness, its sometimes strong local spread and its negative impact on biodiversity. The question of how to deal with it will therefore be important in the future. As part of the preparation of a strategy for the restoration of forests after the ice storm, Slovenian Forest Service has already formulated a position in 2015, which also opens up the possibility of managing Black locust in forests. At the same time, they emphasise that caution is required not to promote and extend Black locust to new areas. Where it is already widespread, it should be tolerated, and where better wood quality is sought, it should be thinned. In any case, it would be useful to monitor its impact on the environment at all times and to take appropriate action if dangerous effects are proven.