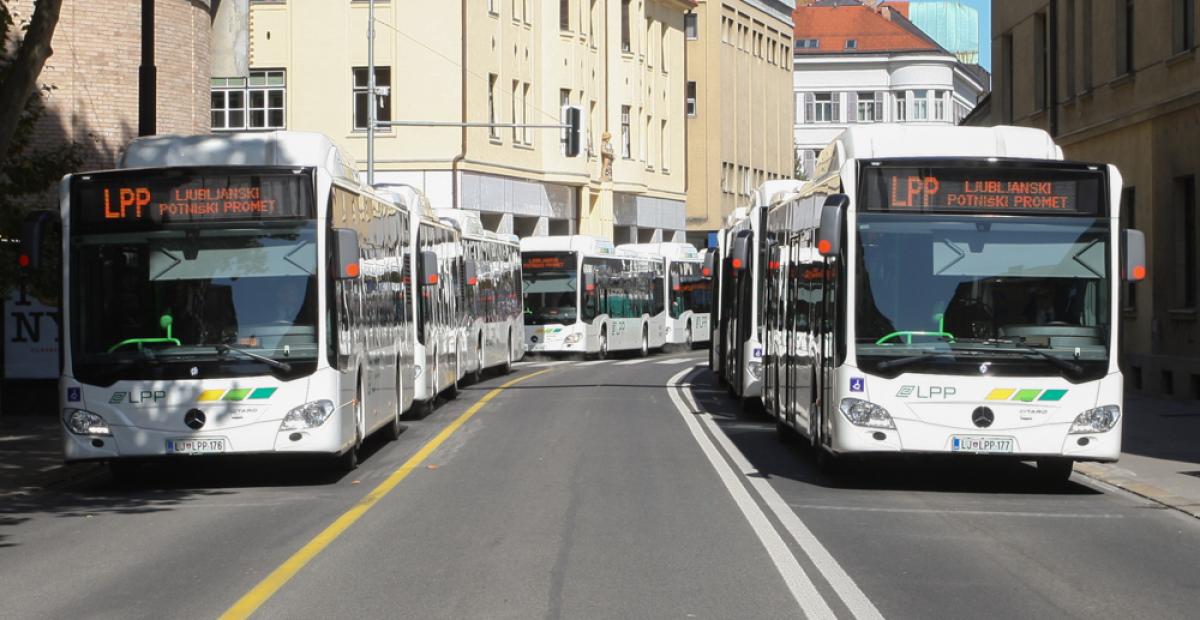 One of the sustainable measures of the European Mobility Week in Ljubljana this year is the acquisition of 33 new environment-friendly LPP buses.

The fleet of the public company Ljubljanski potniški promet has increased by 17 single low-floor buses and 16 single suburban high-floor buses. With the acquisition of the new buses we are increasing our capacities in the morning rush hours which is especially important for the busiest lines on which the new buses are going to operate.
The Mercedes Benz Citaro NGT Hybrid buses have an engine using natural gas as fuel and, in addition, an electric engine. These are the so called »soft« hybrids, namely, as they are slowing down, the electric engine acts as an electric power generator. When the bus drives off from the station, the electric power from the capacitor starts the electric engine which supports the classical gas engine. The buses are distinguished by low fuel consumption, which means lower emissions of CO2 and other harmful gases produced during combustion. They are equipped with state-of-the-art systems which are built into such buses.
We have also reinforced the suburban passenger traffic fleet with new buses. Among them there are three 15-metre Setra S 419-UL buses and thirteen 12-metre Iveco Crossway Line buses. Both bus types use diesel as fuel and have the EURO VI engine.
The arrival of new buses is a solid step on the path to a comprehensive renewal of the LPP fleet. With modern buses using natural gas as fuel we are increasing the quality of urban life in Ljubljana, as we are reducing noise levels and making air cleaner.