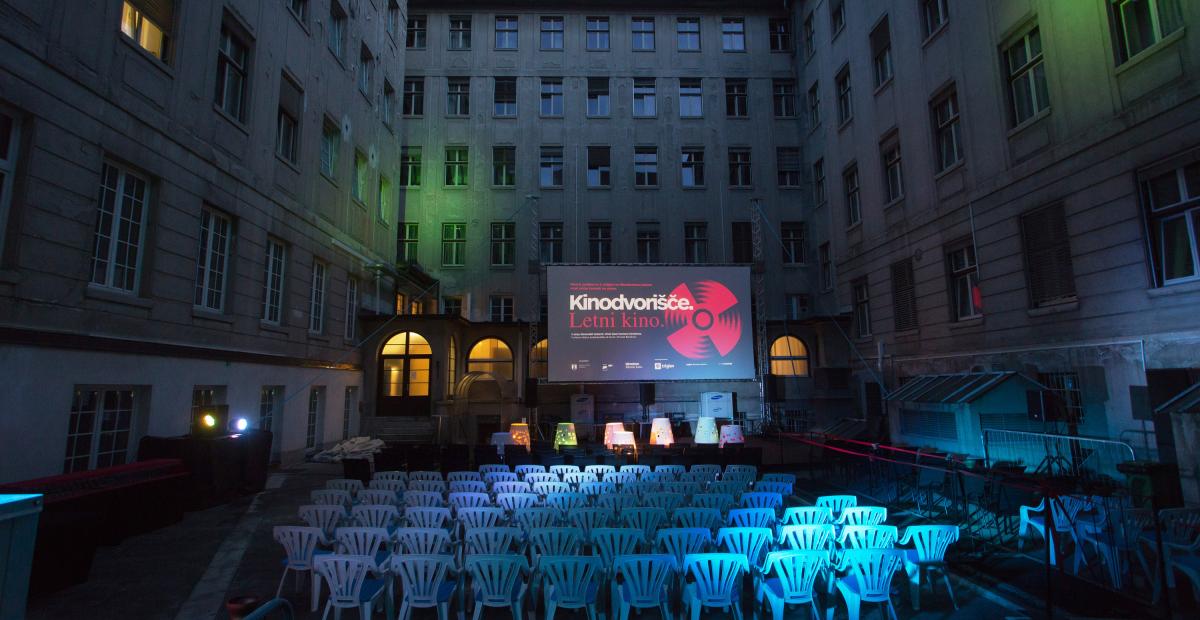 Again this year Kinodvor is moving its film screenings under the starry night.

On nice early summer evenings film screenings are relocating to Kinodvorišče, the next-door atrium of the Slovenian Railways.

Kinodvorišče is open until Saturday, 11 July. The following new films are also going to be screened: Lara (directed by Jan Ole Gerster; from 18 June), a German film based on a screenplay by Slovenian screenwriter and director Blaž Kutina; Synonyms (directed by Nadav Lapid; from 25 June), which was also screened at the last Liffe festival and was awarded the Berlin Golden Bear; Out Stealing Horses (directed by Hans Petter Moland; from 2 July), a visually luxurious adaptation of the eponymous bestseller written by Per Petterson; and Ema (from 6 July), in which director Pablo Larraín turns the focus on the young generation of the contemporary Chile and creates a unforgettable portrait of a reggaeton dancer who wants to move freely throughout the world. The Kinodvorišče programme is to continue in August.