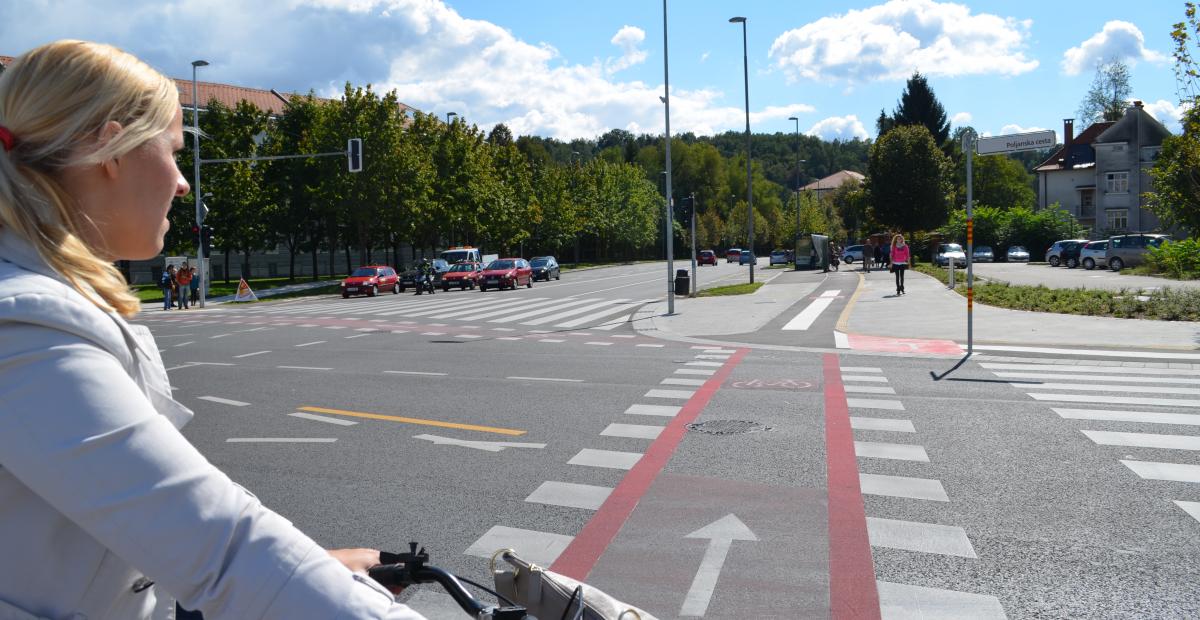 For the third consecutive time Ljubljana made it onto the list of the top 20 bicycle friendly cities in the world, the Copenhagenize Index. We took the 14th place.

Ljubljana is the smallest city on the list and the judges wrote in the introduction that it is a green city friendly towards cyclists. They commended our activities in the field of cyclist-friendly city development and efforts to find innovative solutions in this field.

The authors of the list outlined that we direct a lot of attention to cycling and have introduced numerous novelties in the past two years. Among our biggest achievements they highlighted the record bike rental numbers within the BicikeLJ self-service system, introduction of one-way streets where cycling is allowed in both directions, introduction of crossroads and traffic lights for cyclists, expansion of areas reserved only for pedestrians and cyclists as well as speed restricted areas.

For the third consecutive time Ljubljana made it onto the mentioned list; first time in 2015 when we took the 13th place, the second time in 2017 with the 8th place, and this year we hold the 14th place.

Among challenges for further development of cycling in Ljubljana the authors list the set-up of additional stands for bicycles, that is, secure bicycle storage as they think this is going to attract new cyclists, expansion of the cycling network to city outskirts and maintenance of the cycling infrastructure in winter conditions.

The authors conclude that the Slovenian capital city, in spite of dropping on the list, doubtlessly deserves a place among the top 20 cities in 2019 because of its continuous efforts to find new solutions and its cycling-friendly city development.

Cycling is one of the most environment and health friendly modes of mobility, that is why the City of Ljubljana is carrying out numerous activities and measures promoting cycling among all generations of our citizens. We are continuously expanding our cycling infrastructure, and when reconstructing streets we focus special attention on efficient, safe and cycling-friendly traffic planning.

We carry out maintenance work on the cycling infrastructure throughout the year, even during winter. We clean up snow from cycling lanes after we clear up public transport streets and ensure access to health care centres, schools and kindergartens. We are going to continue to do so in future. As there was no snow last year, we find the remark on the maintenance in winter conditions a bit odd.

Remarkable results of the BicikeLJ system

The self-service bicycle rental system BicikeLJ was set up in May 2011 and since then we have recorded over 6 million bike rentals. The extreme popularity of the system is evident from the fact that Ljubljana holds the first place among all cities included in this system as each bicycle in the BicikeLJ system is rented as many as eight times on average a day.

We are also constantly expanding the system, at its launch we had 30 stations with 300 bicycles, and today we already have 60 stations 600 bicycles. The last station was incorporated into the system on 3 June, on World Bicycle Day, it was set up in front of the Mercator retail store on Celovška cesta 163.

The list of bicycle friendly cities the Copenhagenize Index was first drawn up in 2011 and the first place this year – for the third consecutive year – was taken by Copenhagen.