Ljubljana has been ranked first on the list of European Best Green Capital, created by the organization European Best Destinations. Ljubljana was the holder of the title in 2016.

The jury was convinced by the quality of Ljubljana's air and water, extensive green surfaces per capita, the management of public transport and cycling routes, natural tourism and options for active holidays. Among the main advantages is the sustainable orientation of the Ljubljana Region as a tourist destination.
The evaluators pointed out that already in 2008 we closed the city centre to motor traffic and that we offer citizens and visitors bicycles in the Bicikelj self-service rental system (rental of which is free for the first hour). They also highlighted the 542 m2 of green surfaces and the Bee Trail with more than 4,500 hives distributed throughout the city. Ljubljana was described as a cyclist-friendly city with well-maintained cycle paths, and they also mentioned that we have the highest level of separation of household waste in the EU, as much as 70%.

By being ranked on the list, Ljubljana received exposure on the first European website for the promotion of tourism www.europeanbestdestinations.com, and it was also featured in the American magazine Forbes USA, which has almost 80 million readers. 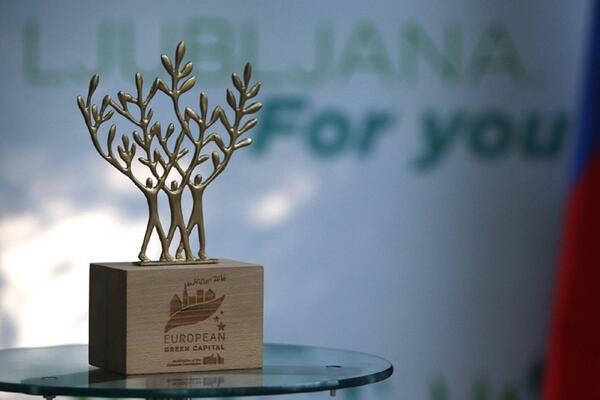 The European Green Capital is the highest recognition of cities in the field of sustainable development. In Ljubljana, we proudly held this title in 2016, when, in the opinion of the European Commission, we made the most changes in the quality of life in the shortest possible time. Already in 2007, with the Vision Ljubljana 2025, we embarked on the path of sustainable development of the city, within which we are still pursuing the set goals – to ensure high-quality life for all our citizens in a green, safe, clean, solidary, tolerant and comradely city.
The award is highly significant for Ljubljana, as it has placed us on the European and world map of sustainable green, tourist and innovative cities, where we have maintained our leading role.