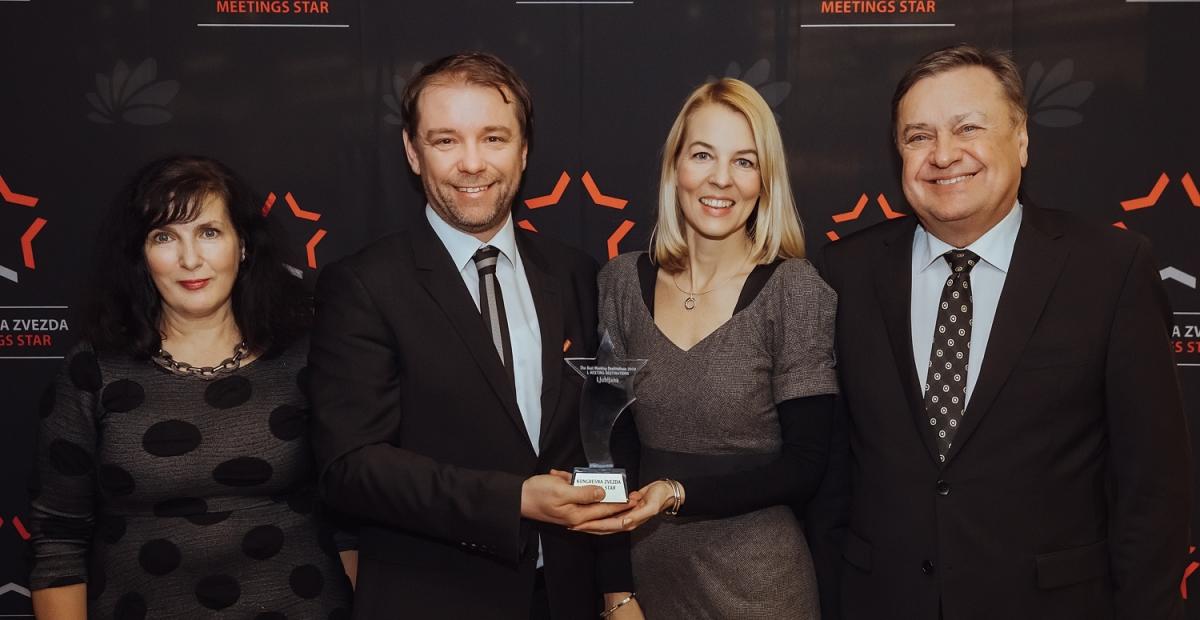 Ljubljana won a prestigious Meeting Star Award at the 12th Conventa, the largest meetings industry event in the region of New Europe. Our city was awarded as the best congress destination in the category of cities hosting events for up to 2,000 people.

The Slovenian capital already won this award in 2018, and last year it was ranked among the top ten destinations in the category of cities.

For the twelfth year in a row, the Meeting Star Awards have been presented by the internationally renowned Kongres magazine. According to the jury of experts, Ljubljana was the best city to organize business meetings in the L category (cities that can host up to 2,000 participants) last year in the region of New Europe.

The Meeting Star Award 2019 is a result of concerted action by a wide range of stakeholders with the support of the Ljubljana Convention Bureau. For Ljubljana Tourism the Conventa trade show, organized by the Slovenian Convention Bureau, represents one of the most important marketing projects for our city. That's why we are especially proud to have received this recognition for excellence in the field of business tourism.