Between Nove Fužine and Štepanjsko naselje the Muste Family Park opened, and is considered one of the larger green acquisitions in Ljubljana.

The conceptual design was prepared in 2015 and its set-up started last year. Among other things the park includes a playground with play equipment for children of all age groups, appropriate also for movement impaired children. On the north side of the park an urban orchard is set up, already the fourth in Ljubljana. It has 64 fruit trees, namely, old varieties of apple, pear, quince and plum trees. The trees were planted by employees of the company MSD, Inovativna zdravila d.o.o., and the fruit growing on the trees is intended for all park visitors. In addition, in its vicinity there are 14 park trees planted in a row. Within the scope of the park there is also a parking area for the needs of the movement impaired people with a path connecting it to the park. 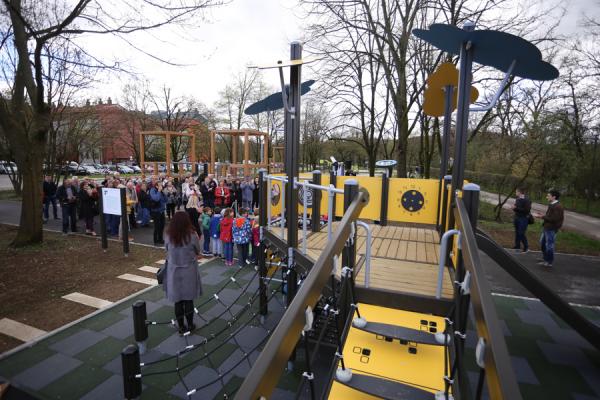 Citizens of Ljubljana gained roughly a hectare of new big green surface for active and quality spending of free time.

The value of the investment is approximately 431,000 euro.