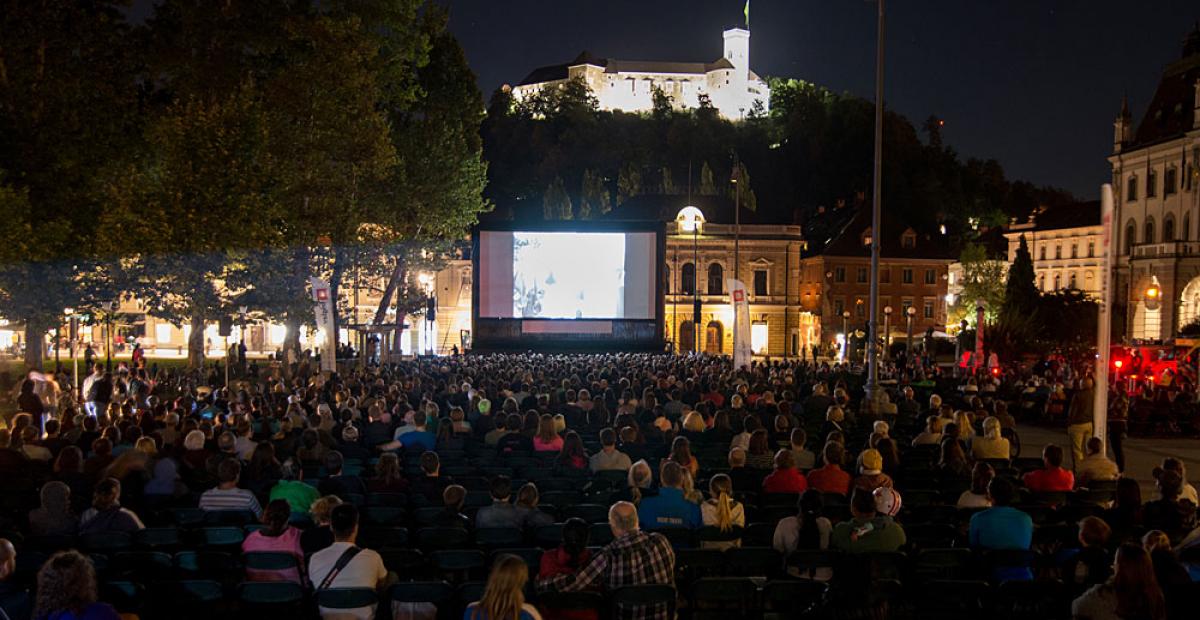 Film under the Stars, which concluded on 3 August, had over 16,000 visitors. City Cinema Kinodvor’s evening screenings continue at the Kinodvorišče on Kolodvorska, and the Open-air Cinema is coming to Congress Square.

From the Film under the Stars we are moving to Kinodvorišče in the Slovenian Railways’ atrium from 6 to 8 August. Onthe programme are this year’s Cannes opening film The Dead Don’t Die by Jim Jarmusch, A Faithful Man by Louis Garrel and Once Upon a Time … In Hollywood by Quentin Tarantino.

The entrance to Kinodvorišče is through Kinodvor’s Main Hall, and in case of rain screenings are starting at the same in the Main Hall.

The Open-air Cinema at Congress Square, a four-day admission-free event, prepared by the city cinema as a tribute to important anniversaries in film and city history, is held from 26 to 29 August.

Organized for the first time on the occasion of the City Cinema Kinodvor’s 90th anniversary, our open-air cinema screens a series of all-time film classics in one of Ljubljana’s most beautiful squares.

We are delighted to offer free admission to allow everyone to join us in celebrating the art of film.