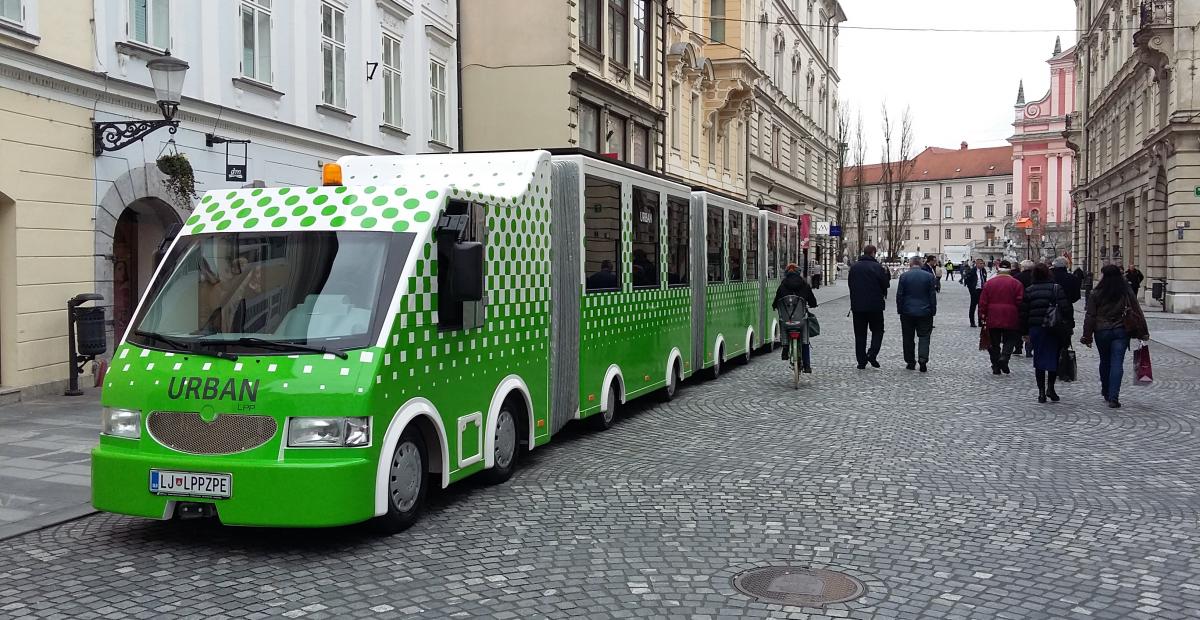 The passengers can see the Opera, the Modern Gallery and the National Gallery, continue along Cankar Street to Slovenska Street and the Ajdovščina bus stop then Dalmatin Street to Miklošič Street down to the Prešeren Square to the final stop (Stritar Street) at the City Hall.
The route is 8.5 km long and the train circles the city centre every two hours, four times a day. The exact timetable is available at the website of Ljubljana Tourism.