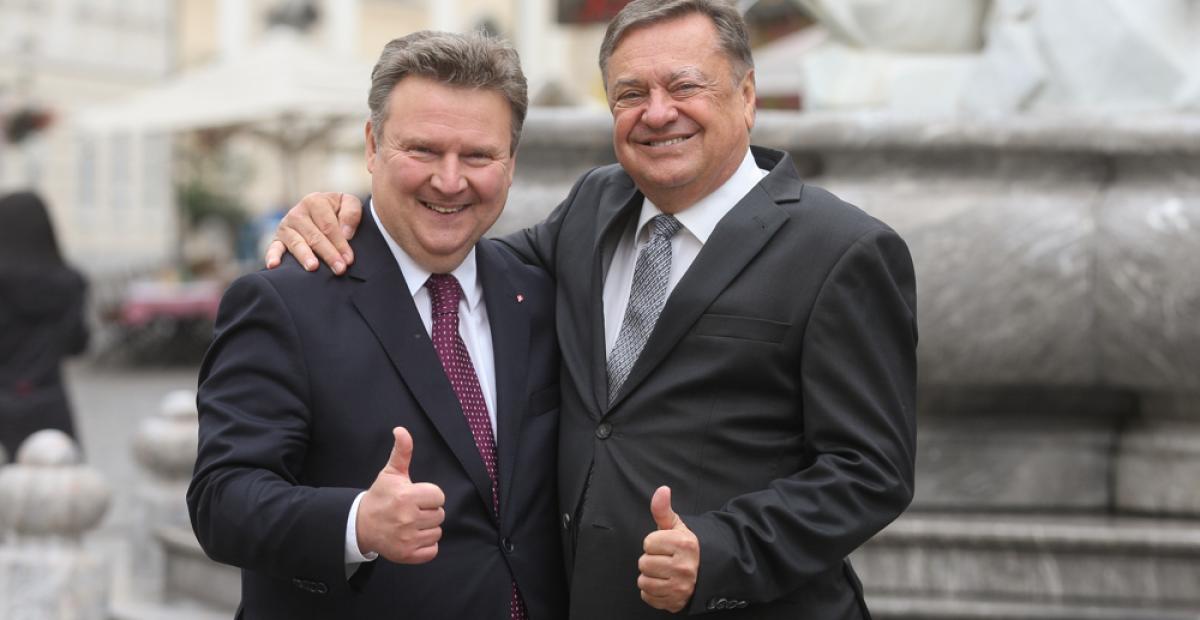 Friendship with the city of Vienna has lasted for a long time. Mayor of Ljubljana and Vienna in front of Robba Fountain. Photo: Nik Rovan |

The organisers of this year’s Vienna Days, which is taking place in Ljubljana between 22 and 24 October, want to show visitors the different facets of Vienna – a traditional capital city with a rich cultural heritage on the one hand and a modern, innovative and smart city that offers its citizens the best quality of life on the other.

The three-day event was kicked-off with a grand opening at the Slovenian Philharmonic with a free classical music concert. The Viennese Klangkollektiv company, comprising members of Vienna’s greatest orchestras, played works by Austrian and Slovenian composers. The greatest consideration was given to the classical giant, Ludwig van Beethoven. The 250thanniversary of his birth next year will be the focus of many events in Vienna.

Two-day “A City to the Measure of Man” conference

The first day of the conference, 23 October, began with the first official meeting of the Vienna and Ljubljana mayors. Mayor Zoran Janković and Mayor and Regional Governor of Vienna Dr Michael Ludwig opened the “Vienna and Ljubljana – A City to the Measure of Man” conference on the stage under the stars of the Ljubljana Puppet Theatre. They both also participated in the opening discussion.
The first day saw presentations, discussions and working groups comprising experts from Vienna and Ljubljana in different fields that present a challenge to both cities. Examples of best practices regarding the circular economy, waste prevention and the shaping of public spaces according to the needs of citizens were emphasised, as well as successful measures against excessive tourism and violence against women. 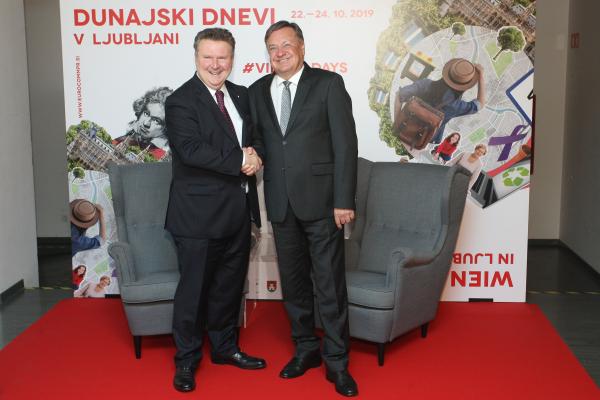 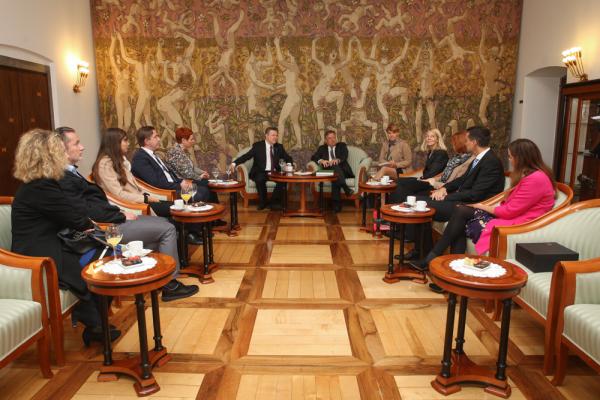 On the first day of the conference, Dr Michael Ludwig signed the Golden Book of Ljubljana. The guest wrote that he was looking forward to friendly relations and thanked for the invitation to visit Ljubljana. He added that he had a very nice time in the "most beautiful city in the world". He also invited Mayor Zoran Janković to Vienna. 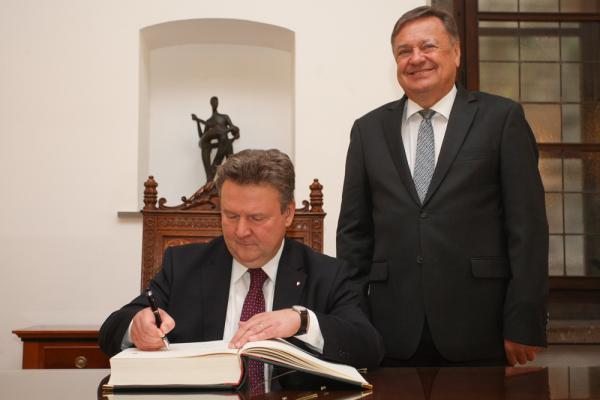 The second day of the conference, 24 October, will be dedicated to social topics. Experts from both capitals will present challenges and solutions in the area of care for the elderly. They will focus on alternative housing for the elderly and reveal technologies that help the elderly organise their free time and oversee their health. The last topic of the two-day conference will be dedicated to the fight against poverty and homelessness in the cities.

Mayor Zoran Janković took the mayor of Vienna Dr Michael Ludwig for a walk around the city and also showed him the City Hall. 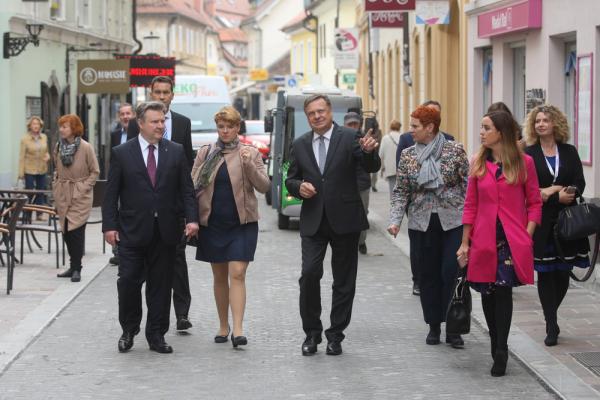 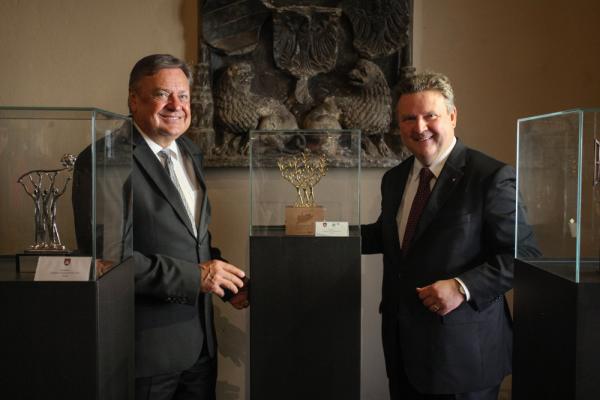 The connecting element of Vienna Days (as in other cities) is a bookcase with various books from the MA7 Vienna Department of Culture. They collaborated with local contractors in the creation of the bookcase and asked the Rogaška Slatina Reuse Centre for help with the construction of the “Ljubljana bookcase”. Visitors to the city centre can read on Stritar Street this week and later the bookcase will be gifted to one of Ljubljana’s libraries. 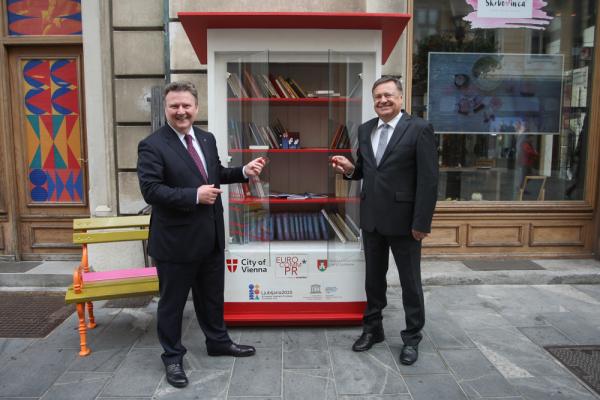 The capitals have been collaborating successfully for a number of years. An agreement between the cities was first signed in 1999 and last renewed in 2016.

Mayor Zoran Janković received the Grand Decoration of Honour in Gold for Services of the Federal State of Vienna from Mayor and Regional Governor Dr Michael Häupl on 23 April 2018. 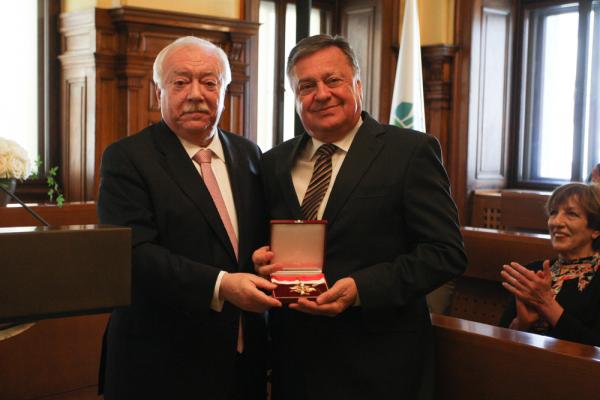