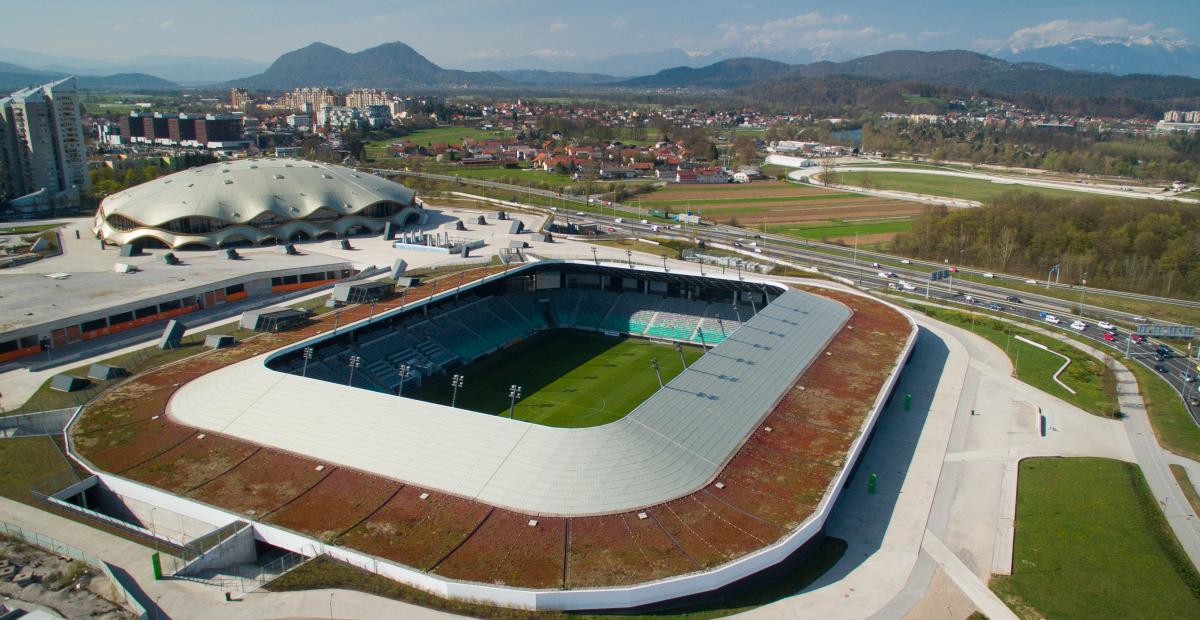 By the end of 2017 Stožice Centre has been visited by almost 3 million visitors. Photo: STA |

The green capital is truly a city of sports which is also confirmed by the rising number of physically active people of all age groups. To continue this trend we are carefully planning infrastructural acquisitions and modernisations in the field of sports in Ljubljana. In the past decade recreational and green surfaces have increased by over 1 square metre per capita, which means there are as much as 329,500 m2 of new outdoor sports and recreational surfaces. The sports strategy of the City of Ljubljana foresees an expansion of sports surfaces in nature and urban areas by 2m2 per capita by 2028.

Stožice Centre with its Football Stadium and the Multi-Purpose Arena

A once degraded and abandoned site was the location of a public-private partnership project for the construction of a football stadium with a capacity of 16,000 and a sports arena with a capacity of 12,000. From the opening of the public part (stadium, arena, parking, surrounding infrastructure, part of the park) in 2010, the Stožice Centre has hosted almost 3 million visitors. Today, Ljubljana boasts off a football stadium that according to UEFA belongs among the three most beautiful in Europe in its category. The construction of the sports complex in a once degraded area was designed environmentally friendly since it, among others, features the largest district cooling system in Slovenia.

For the implemented and approved works within the public part of the project, the City of Ljubljana paid 114 million euros (excl. VAT), however solely for the Stožice project,we received 111 milion euros (excl. VAT) in our budget through:
• our private partner GREP provided 81 million euros for a 51 percent share of the project with a successful international call for tenders (the right to construct a shopping mall);
• in accordance with the agreement on the provision of the municipal infrastructure and by paying the municipal permit fee, a private partner provided 19 million euros;
• we received 9 million euros of European funds as well as funds of the competent ministry;
• 2 million euros were dedicated DARS funds for the construction of the arterial road.

This means that the City of Ljubljana paid 3 million euros for the project (excl. VAT). 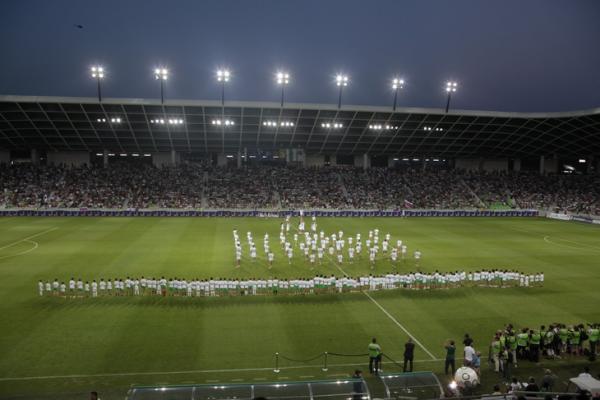 The recreational and educational areas along the Sava run from Tomačevo to Sneberje and encompass 144,618m2. The centre, which is also adapted to people with physical disabilities, allows for the recreation and relaxation in the nature with an emphasis on equestrian sports, equestrian education of young people, as well as a responsible treatment of the nature and the environment.

The recreation and education centre is only a stone’s throw from the place where there used to be numerous wooden huts and illegal waste deposit sites. The natural environment by the Sava offers its visitors an idyllic place for relaxation, recreation, education, and an active leisure time. Part of the project was co-financed by EU funds.

With the opening of the Youth Golf Centre, Ljubljana provided younger players with an option to practice this more and more popular game. The Youth Golf Centre features two putting greens and a 9 short hole course intended for young players, as well as a golfing school for the clubs and societies of Ljubljana.

After 14 years, the once so popular swimming pool complex Kolezija was reopened in 2015 after a thorough renovation. The outdoor pool complex features an Olympic size swimming pool and a children’s pool, a plunge pool, a whirlpool and a sunbathing platform with wooden terraces. The complex is complemented by a range of surfaces for sports and recreation, such as table tennis tables, a basketball court, and a beach volley court. During the renovation, we also provided indoor and outdoor parking spaces, as well as parking spaces for motorbikes and bicycles. The renovation of the complex also encompassed a redesign of the Gunduličeva ulica street. The complex is also accessible to people with physical disabilities.

The Kolezija complex features heated swimming pools, thus allowing for a dip from May to November. After the season ends, citizens and visitors can warm up in a sauna, which is open all year long. Over two years, the swimming pool complex was thus visited by more than 120,000 people. 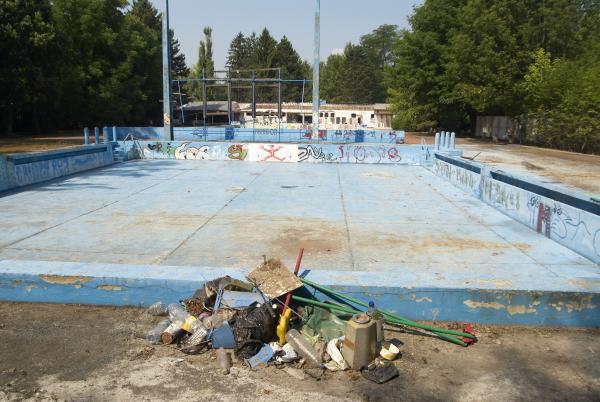 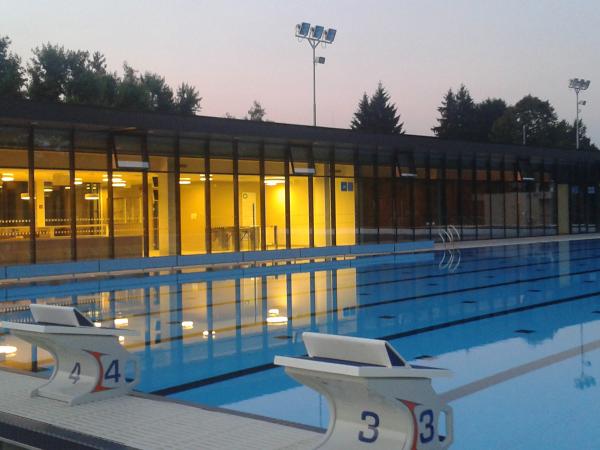 A decade after Mitja Petkovšek and Aljaž Pegan won their golden medals at the world championships in Melbourne, Slovenian gymnasts finally got their own long promised gymnastics centre.

The modern Olympic-class and national Ljubljana Gymnastics Centre will boost the development of gymnastics and provide top training conditions, as well as the option to organise competitions at the highest international and national level.

In four floors, it offers a large gymnastics arena, a gym for group classes, two sports halls, a well-equipped and modern fitness centre, grandstands, an eatery, and locker rooms. Here, athletes can also find accommodation during their preparations for competitions. The visitors of the Centre’s accommodations also have a small cafeteria, a multi-purpose meeting hall, and a Finnish sauna at their disposal. The project was co-financed by EU and Sports Foundation funds. 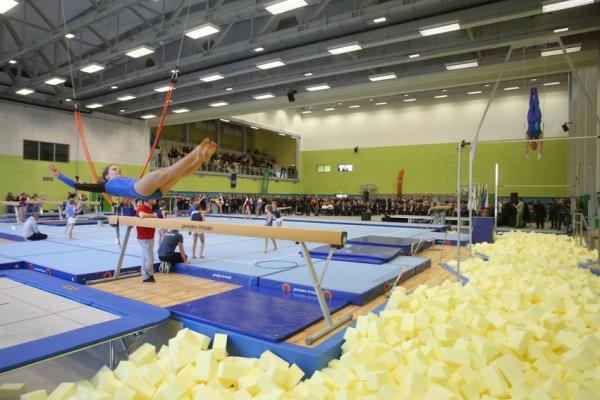 Skateboarding park under the Fabiani Bridge

At the initiative of skateboarders we constructed a new skate park under the Fabiani Bridge next to the old sugar factory Cukrarna and with it revitalised the whole bottom part of the Fabiani Bridge. It is equipped with a semi-circular mini ramp, set between four bridge pillars, and two smaller concrete elements. It is accessed through a double swing door and we have also set up lighting so skateboarders can use the park in the evening, as well. By building parks for skateboarding (skate parks) we are offering the youth and the young at heart the option for active spending of their free time.

We built a park for skateboarders in Tivoli

Behind the swimming pool in Park Tivoli, where there was previously a roller skate rink, a new skate park was set up on an area of 800 m2 with equipment with 150 m2 of surfaces. It is designed in line with Olympic norms for such parks. Timotej Lampe Ignjič, the best Slovenian skater, contributed to the conceptual idea for the park.

For the redesign of the degraded area of the abandoned Podutik quarry, the City of Ljubljana provided the land and two wooden pavilions, which were the European Green Capital 2016 information points for citizens and visitors. Bike Park Ljubljana can be used by all lovers of mountain biking, beginners, and advanced bikers. The Bike Park Ljubljana project in Podutik was implemented by the RAJD Bike Association.

With the construction of the bicycle park KoloPark in Šiška, the once degraded area along Celovška cesta has been turned into a recreational surface. Within the park, we have also provided a self-service bike shop, where users can inflate tires, change a tire with the keys provided, and perform smaller service works on their bikes with other tools in order to improve  mobility and safety.

At the intersection of the streets Linhartova and Topniška cesta, we have arranged the new bicycle park KoloPark Bežigrad within the European Mobility week 2017. Like KoloPark Šiška it also offers free-of-charge fun and practice with all kinds of self-propelled vehicles, from bikes, kick scooters, skateboards, inline skates, to roller skates and foot-propelled bikes.

In 2018 we have opened the biggest bicycle park KoloPark Fužine. We are looking forward to the next one in Rudnik district. 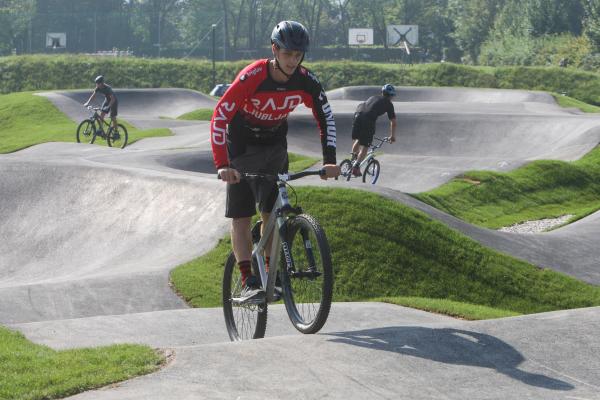 Beach volley has been gaining popularity recently, however could only be played in summer until the first heated sand arena in Slovenia was constructed. Today, visitors, amateur and professional athletes can take advantage of renovated outdoor beach volley fields, a five-a-side football field, a tennis court, and a picnic area. It also features parking spaces, a park with playground equipment for children, and a footpath through the park. The project was implemented in a public-private partnership with the Ludus company. 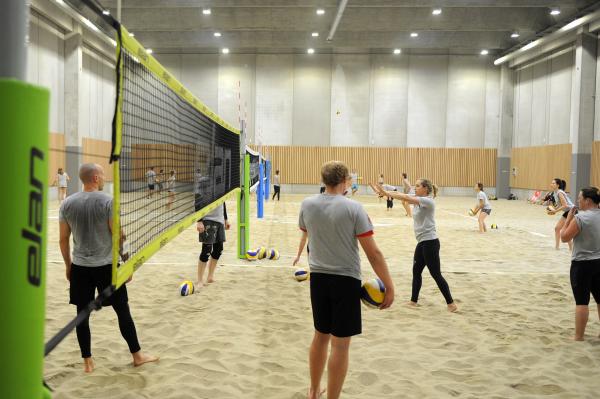 In winter, the sand sports arena is more than welcome for top athletes and amateurs, whereas it is not only used by the people of Ljubljana, but from the entire Slovenia.

The very well visited sports islands in district authorities offer outdoor gym equipment, jogging trails and street exercise devices. One of the islands features a hard ground that is especially suitable for people with physical disabilities (street exercise in Tivoli). With the implementation of sports islands, where also free of charge group sessions are offered, we provided additional opportunities to all generations, from children to seniors, for an active leisure time in the nature.

The sports centre in the Štepanjsko naselje neighbourhood features enough room for recreation, relaxation, and fun. Amateur athletes, up-and-coming athletes, and professionals can train there side by side. The modern sports arena offers all the necessary infrastructure for football, volleyball, basketball, aerobics, dance, and group sessions to clubs, groups and companies. The project was implemented in a public-private partnership with the Trigemini company.