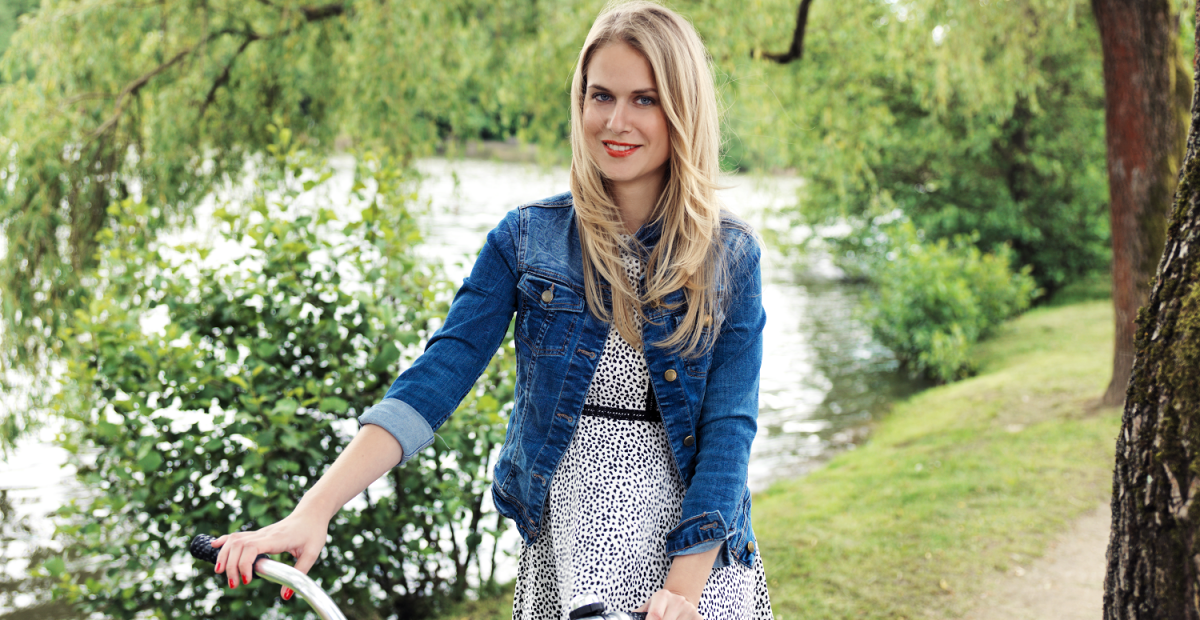 Quick and cheap in the wider city centre

Probably the most efficient way to discover Ljubljana is by bicycle as it is flat and compact enough to go on a quick tour all of its most beautiful places by pushing pedals. In addition to numerous infrastructural improvements and other measures, the immensely popular bicycle-rental system BicikeLJ has also contributed to the rise in cycling in the city.

In 2015, Ljubljana first made it onto the list of top 20 bicycle friendly cities in the world taking the 13th place, and in 2017 it improved its ranking. It made it as high as the 8th place on the »Copenhagenize Bicycle Friendly Cities Index 2017«.

The bicycles in the BicikeLJ system complement the public transport system in Ljubljana  and are an environmentally friendly form of mobility. The first hour of use is free of charge, which has been very well received among users since 98 percent of all journeys are free. Initially, there was 300 bicycles at 30 stations available to users. The popularity of the system has exceeded all expectations, therefore the station and bicycle network are consistently growing. Now there are already 610 bicycles at 61 stations available to users.

Since 12 May 2011, when the BicikeLJ system was introduced, the number of bicycle rentals reached more than 6.8 million. The average rental time was 16 minutes. 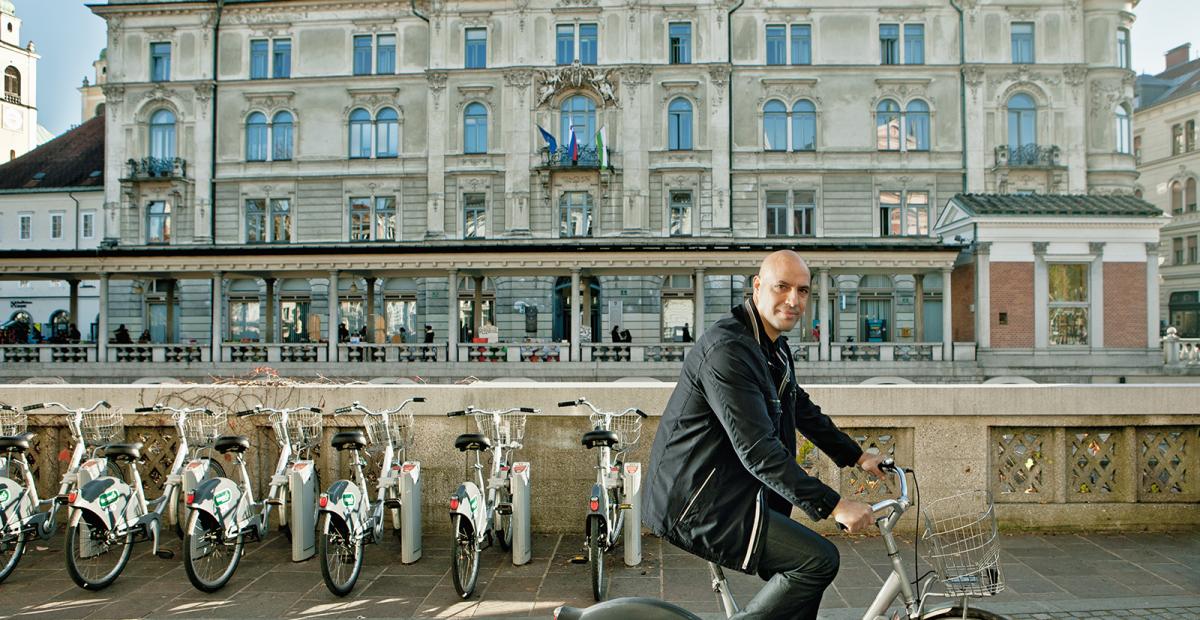 The Ljubljana Bicycle is a bicycle rental project for tourists and other visitors to Ljubljana offered by the public institute Ljubljana Tourism. Riding a bicycle is a pleasant way to explore Ljubljana and to relax to the heartbeat of the city. Bicycles are available at a low price and at the time of rental you can get plenty of tourist information about the city.

Bike boxes are being introduced in line with the guidelines of the Sustainable Urban Mobility Plan of the City of Ljubljana enabling cyclists to move in front of motor vehicles at intersections. The bike box increases cyclists’ safety as it alleviates a critical point, that is, the danger from vehicles turning right at an intersection. In 2014 and 2015 two additional bike boxes were added to the two existing ones. Bike boxes are marked at the following intersections: Miklošič Street – Tavčar Street, Miklošič Street –Dalmatin Street, Krakovo Embankment – Zois Street, Rozman Street – Illyrian Street. 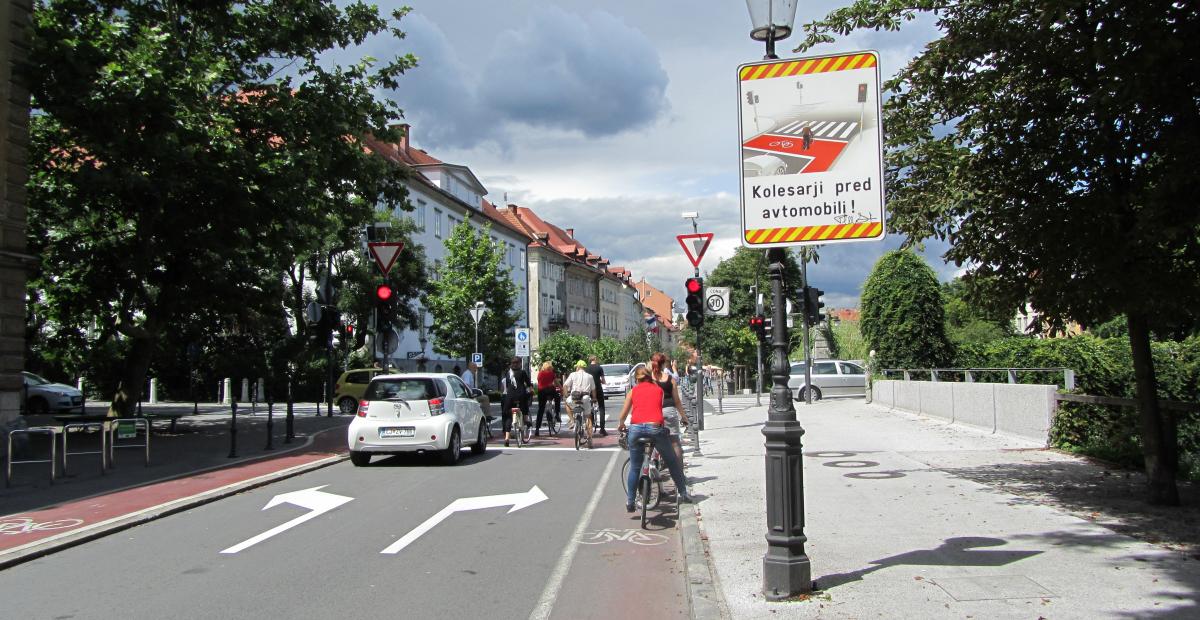 In 2015, we installed four cycling counters measuring cyclists going to the city centre (Tržaška, Šmartinska, Roška, Celovška), which display the number of cyclists passing them. The measure has turned out to have a positive effect on the promotion of urban cycling. We also carry out regular cycling measurements with automatic traffic counters at four locations (in both directions): along Drenikova, Celovška, Dunajska and Kajuhova cesta. More than 3 million cyclists ride past these points every year.

Two bicycle service stations for minor bicycle repairs and for inflating tires are set-up in front of the Tourism Ljubljana information point at Krekov trg and at KoloPark in Šiška.

With the construction of the bicycle park KoloPark in Šiška, the once degraded area along Celovška cesta has been turned into a recreational surface. Within the park, we have also provided a self-service bike shop, where users can inflate tires, change a tire with the keys provided, and perform smaller service works on their bikes with other tools in order to improve mobility and safety.

At the intersection of the streets Linhartova and Topniška cesta, we have arranged the new bicycle park KoloPark Bežigrad within the European Mobility week 2017. Like KoloPark Šiška it also offers free-of-charge fun and practice with all kinds of self-propelled vehicles, from bikes, kick scooters, skateboards, inline skates, to roller skates and foot-propelled bikes.

In 2016 the first construction phase of the Bike Park Ljubljana was concluded and now the new part of the park is open next to the final stop of the number 5 city bus at the end of the Podutik. A dirt road connects both parts of the park and in the third phase a singletrack is planned to be set up between the two sites, as well as numerous additional trails.

In cooperation with the cycling association Rajd the information point of the European Green Capital 2016, which was located in front of the City Hall, has been moved to Podutik to be used for the operation of the Bike Park Ljubljana. It will also serve as a point of departure for road and mountain bikers in the area of the Polhov Gradec Hills.

In 2018 we have arranged the largest bicycle park in Slovenia, KoloPark Fužine. We look forward to the next one. 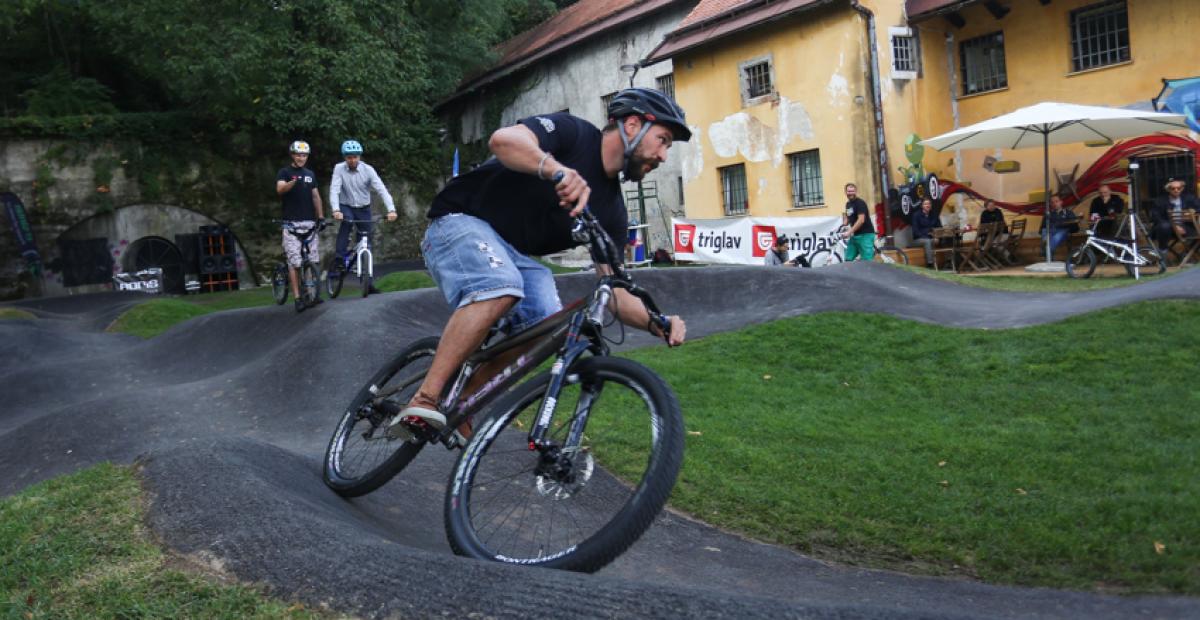 The thematic cycling paths were designed, in cooperation with the City of Ljubljana, by the association For a City on Two (Za mesto po dveh) within the framework of the Do the Right Mix campaign, and Ljubljana Tourism also made its contribution by providing path markings.

The aim of thematic cycling paths is to set up attractive cycling paths between different parts of Ljubljana on less congested streets for daily journeys made by bicycles. And at the same time these paths represent an extension of what Ljubljana has to offer to its visitors who can go on a bike-ride to experience Plečnik’s architecture, the beauty of the Ljubljanica River or the green wedges of the city.

In 2014 the Waterside Path (12 kilometers)  was marked, first of the four thematic cycling paths. It winds alongside Ljubljanica and intertwines urban environment with nature. It runs from the Fužine Castle on the embankments of Ljubljanica through Štepanjsko naselje and Kodeljevo districts, through the city centre (Petkovšek Embankment, Prešern Square, Congress Square and New Square) and ends at the Špica embankment.

In 2015 the idea expanded to include the Plečnik Path (14 kilometers), which connects Plečnik’s heritage in Trnovo, Žale and Tivoli, and the Forest Path (7 kilometers) around the foot of Rožnik Hill connecting Tivoli Park with Mostec Park.

The fourth path, which has been popular among cyclist for a long time, is the gravel path around Ljubljana, lined with trees, namely, the Path of Remembrance and Comradeship (32 kilometers).

Ljubljana has approximately 300 kilometres of well-maintained cycling paths. Cycling is also allowed in the opposite direction of traffic on select one-way streets, namely, over 70 of them. Cyclists can also ride in the pedestrian zone in the city centre where they have to give the right of way to the pedestrians and should not put them in danger when riding a bicycle. We are continuously updating and expanding the cycling infrastructure during repair works as well as when constructing new roads and renovating public spaces.