With a systematic modernisation over the past decade we have enriched our fleet with 201 environment-friendly vehicles meeting the highest standards of EURO 4, EURO 5 and EURO 6 labels. As many as 87 new vehicles, or 40% of the city's fleet, are powered by compressed natural gas, that is, methane. Since September 2019 the fleet of the public company Ljubljanski potniški promet has been reinforced with 17 single low-floor buses and 16 single suburban high-floor buses. With the acquisition of new buses LPP capacities have increased in the morning rush hours which is especially important for the busiest lines on which the new buses are operating. Transportation to Ljubljana with suburban buses is also ensured.
The arrival of new buses is also a solid step on the path to a comprehensive renewal of the LPP fleet, which we are going to keep updating in the coming years with annual acquisitions of buses of up to 10% of the fleet. This way we can replace all buses with engines labelled under EURO VI, which is especially important for maintaining a low level of emissions in the urban environment.

In the past decade, we have been actively listening to our citizens and their wishes and thus implemented more than 60 changes to bus lines – by extending the lines, adapting them and introducing new lines, we have optimised the Ljubljanski potniški promet line network. The most successful change was the adaptation of line 18 in 2014, with the passenger increase of 467%. It runs from Ljubljana Railway and Bus Station, past the Ljubljana Zoo to the Stožice P+R Centre.

In 2009, we introduced the Urbana, a contactless card for the payment of fares on Ljubljanski potniški promet buses that allows riding and transfers within a 90-minute period. Urbana was first introduced on lines within the city and later also on integrated and intercity lines.

With Urbana, users can now also pay for on-demand rides with EURBAN, the funicular to Ljubljana Castle and tickets to all Ljubljana Castle events, parking fees at public parking spaces and P+R facilities, Ljubljana City Library services, as well as use it for renting bicycles in the BicikeLJ bike-sharing system. Urbana is used for public transport by an average of 560,000 users annually. Already in 2009, paying with the Moneta technology was introduced on buses (for rides without changing buses), however from 2014 on, users with smart phones with Android 5.0 or higher can install the mobile app Urbana, offering everything that the Urbana card offers.

Since 2015, users of parking spaces next to roads have been able to pay parking fees with the Urbana SMS parking system. Therefore users who decide to pay parking fees by sending SMS texts (topping up their balance at Urbanomat machines or Urbana selling points), no longer have to pay the fees at parking machines. 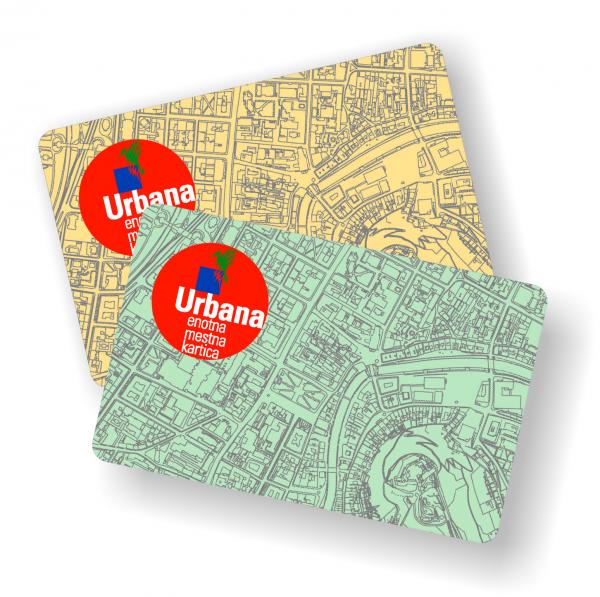 By harmonising the Urbana payment system and by introducing regional zones, we enabled the integration of intercity lines from the suburban municipalities of Škofljica, Brezovica, Dobrova-Polhov Gradec, Medvode, Grosuplje, Ig and Vodice with the Ljubljana city lines. By a half lower prices of integrated lines, better connections through the entire network, well coordinated timetables, and connections to P+R facilities for an easier access to the city centre have contributed to a significant improvement in numbers of transported passengers in the aforementioned areas.

The achievements of teams of public company Ljubljanski potniški promet at the world championships of professional drivers:

Since 2007, we have significantly improved the provision of information to our passengers on bus arrivals with LED displays, with audio, visual (LED) and video announcements of upcoming bus stops and the arrivals of buses in most of the vehicles, with online timetables and Google Transit services for route planning and the adaptation of the Ljubljanski potniški
promet website for smartphones.

Electronic paperless timetable displays on Slovenska cesta, which feature a minimal power consumption and have been used since 2015, are a very important acquisition.

Twelve years ago, we implemented the system that reports the exact location of a certain vehicle, including its delay or if it is ahead of schedule. Since 2017, all city buses are equipped with the updated tracking system and the AVL technology (automatic vehicle location), which provides an even greater functionality. In addition to bus tracking and announcing bus arrivals, we can also monitor fuel consumption for individual vehicles, automatically transfer data on vehicles and drivers to the default Ljubljanski potniški promet systems, and transfer traffic information to other systems (PROMinfo or Google Transit and other apps for the announcement of bus arrivals).

Subsidised city public transport tickets are available for the elderly, unemployed and people with disabilities. Every year, we allow students, who are the biggest group of city bus users, to travel free of charge in July and August by purchasing the monthly ticket for June.

In September 2016, the IJPP project of the Ministry of Infrastructure introduced integrated student tickets in the entire Slovenia, so users can use the same ticket to travel on city, intercity and railway lines.

In 2013, we introduced yellow lanes on Celovška and Dunajska cesta, and prior to that also on Barjanska cesta and in 2016 on Slovenska cesta. After the introduction of yellow lanes, the bus travel times on lines that run along the aforementioned roads have been reduced by 3 to 5 minutes and the average bus speed has increased from 14km/h to 18km/h. Since the lane the bus is travelling on is always free, bus arrivals are more consistent with the timetables.

By train across Ljubljana

The established road traffic infrastructure allows easy access to Ljubljana and the Central Slovenia region, in addition to good railway and air traffic connections. Further information is available at: