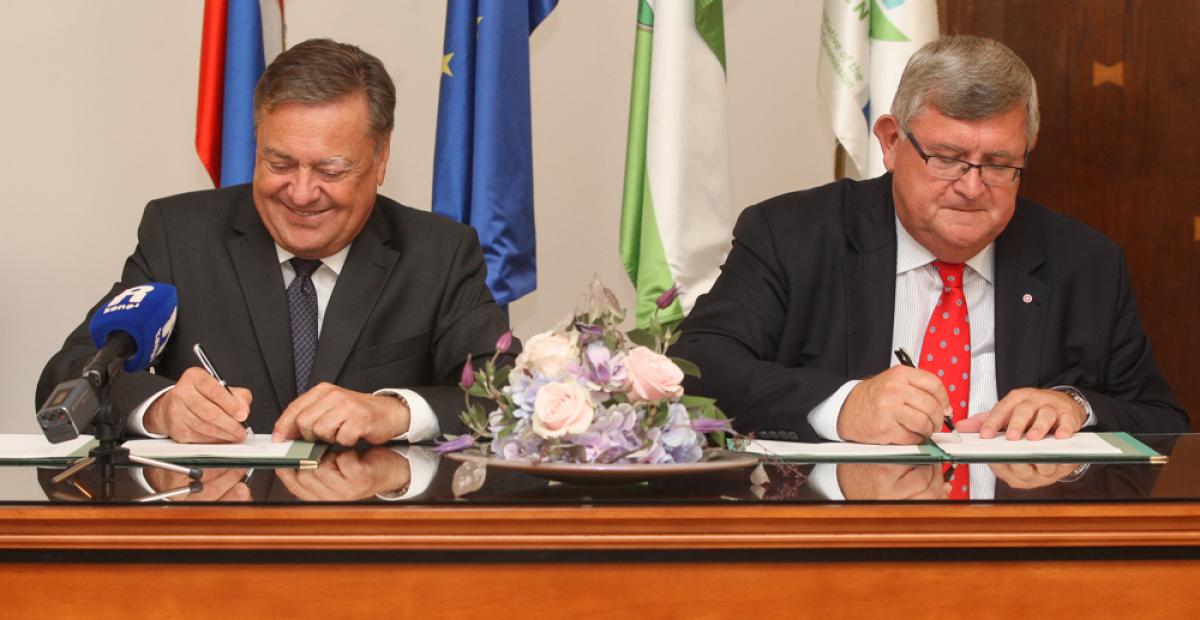 The agreement between the twin cities Rijeka and Ljubljana is valid for ten years from the date of signature. Photo: Nik Rovan |

They used this opportunity to sign a cooperation agreement between the cities in the area of culture and participated in the presentation of the tourism and cultural potential of Rijeka. They also expressed Ljubljana’s support for Rijeka, the European Capital of Culture 2020, and Rijeka’s support for Ljubljana, a candidate for the European Capital of Culture 2025.

With the aim of continuing to support the close and friendly relationship between the cities, they both agreed to support all cooperation in the area of culture on the basis of the principles of the free exchange of cultural values, and to encourage the collaboration of authors, artists, non-governmental organisations, cultural and art institutions, and other cultural organisations.
The cities will strive to collaborate in multidimensional, international cultural projects that will continue to establish Ljubljana and Rijeka as cultural and creative cities at the international level. Within this framework, the cities will support mutual efforts and activities connected to the European Capital of Culture initiative, particularly in forming joint cultural projects for the Rijeka – European Capital of Culture 2020 cultural programme, as well as the cultural programme of Ljubljana as a candidate for the European Capital of Culture 2025. The Rijeka ECoC 2020 and Ljubljana ECoC 2025 workgroups have already established an intense dialogue and intend to continue to do so.

A stroll down Stritarjeva Street, where a lot of events took place. Photo: Nik Rovan 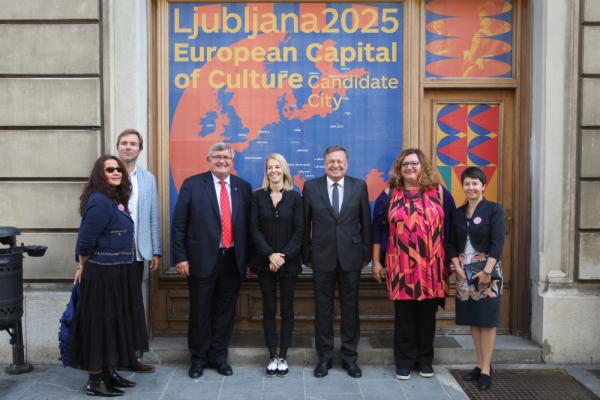 Rijeka in Ljubljana with a varied programme

Good relations between the cities continue

Rijeka and Ljubljana were closely connected as early as 1979, when a town-twinning agreement was signed. Since then, there have been numerous exchanges in the areas of education, youth activity, sports and social development between the cities and their residents. 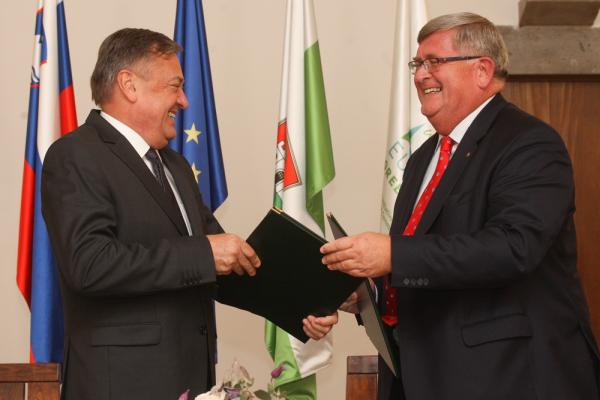 The mayors emphasised that good cooperation and networking between cities is crucial. Mayor Zoran Janković added that sharing good practices is essential, but even more important is maintaining the authenticity of cities. Photo: Nik Rovan