We shape the city together

Ljubljana covers almost 275km² and has almost 300,000 inhabitants, whose number is constantly increasing. It is the largest city in Slovenia and its most important economic centre. Ljubljana, one of Europe’s capital cities and the regional centre of 26 municipalities, is also a political, business, cultural, and scientific centre of the country.

Spatial development in COL and partly in the Ljubljana Urban Region (LUR) connects multiple fields of expertise, from urban and traffic planning to landscape design, with spatial planning of public areas as one of the key tasks of the City Administration.

We maintain and boost spatial, natural, and cultural values of the city and also of the wider area since they generate the identity and potentials for a quality development of the city. We also strive for healthy, safe, comfortable, and attractive living and creative environment.

We encourage and cooperate

Ljubljana Forum is an annual conference that combines the skills and know-how of the cities’ management, and defines key areas, visions and strategies of future development of the cities in Southeastern Europe. The purpose of the conference is to connect and promote cooperation among different stakeholders (political decision makers, City Administration and economy, civil society and academic entities) which help co-shape the development of cities and regions. The event,  which attracts more than 200 visitors and 50 speakers, has been organised since 2011 at Ljubljana Castle in cooperation with the GoForeSight institute. The most deserving project, which will bring progress for urban development based on innovation, also receives the Ljubljana Forum Award.

Since 2008, we present ourselves at the largest international investment and real estate fair MIPIM in Cannes. Every time, we also invite our project partners and private investors to join us. At the fair, we present projects that are of a strategic importance for the development and rehabilitation of Ljubljana. 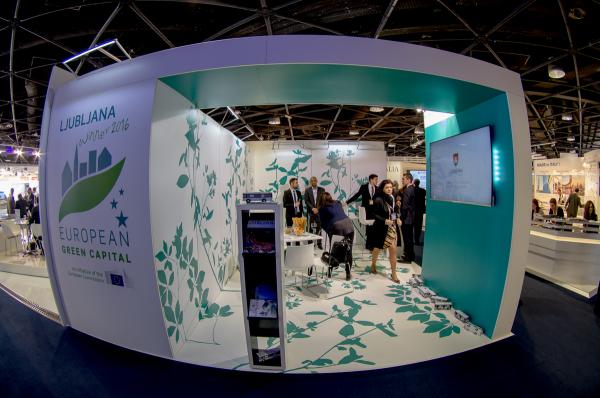